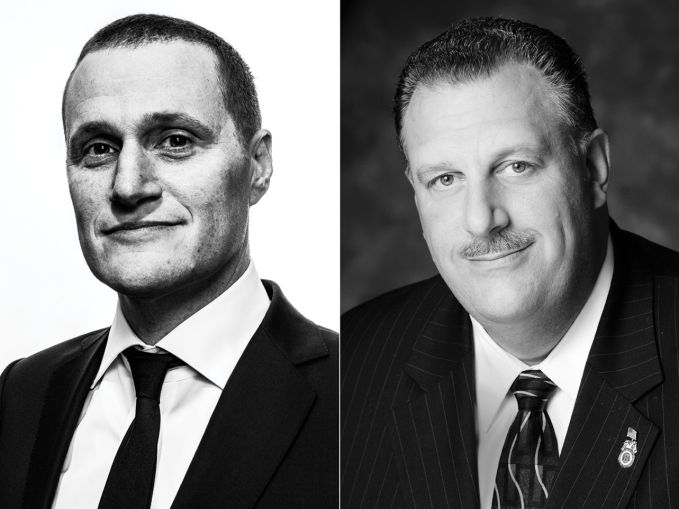 The 10-month expiration of the 421a tax abatement has expired.

The Building and Construction Trades Council of Greater New York and the Real Estate Board of New York announced in a joint press release that the program would be extended with some tweaks. The two sides had been negotiating on-and-off for more than a year over a benchmark labor wage, which Gov. Andrew Cuomo attached to the tax break’s survival.

The new plan calls for a standard wage for construction workers in exchange for an increased number of years in which a developer can receive the tax break.

After 421a expired in June 2015, Cuomo rolled the program for seven months, during which REBNY and the unions had to agree on a prevailing wage. They failed to reach an agreement by the Jan. 15 deadline, however, leaving the program to expire.

“We are pleased to have reached an agreement that will permit the production of new rental housing in New York City, including a substantial share of affordable units, while also ensuring good wages for construction workers,” REBNY Chairman Rob Speyer, the chief executive officer of Tishman Speyer, said in prepared remarks. “We would like to thank Governor Cuomo for his leadership on this critical issue.”

News of the announcement comes roughly a week after Politico New York reported that Cuomo was floating a new version of 421a to the two sides. That plan, similar to today’s, extended the number of years for which a developer gets the tax break to 45 in exchange for a higher construction wage on large-scale projects in Manhattan as well as popular parts of Brooklyn and Queens.

The agreement establishes a benchmark wage for construction workers on bigger projects, something not established in the city before. Projects in Manhattan south of 96th Street with 300 units or more will have to pay construction workers $60 an hour (including benefits) under the new agreement; Brooklyn and Queens waterfront projects falling within certain community boards will have to pay $45 per hour.

In return, the developers will get a 10-year extension of the tax break. The press release indicates that income limitations on buildings will be extended to 40 years (slightly less than originally proposed earlier this month), and those properties would get a 100 percent tax break for 35 years. The since-expired version of 421a only gave the abatement for 25 years.

Jolie Milstein, the president and CEO of the New York State Association for Affordable Housing, praised the decision.

“We are very pleased that an agreement has been reached to renew the 421a program,” Milstein said in a statement. “This program is an important tool for providing much-needed affordable rental housing across New York City. With record funding for housing programs in this year’s state budget, Governor Cuomo has again demonstrated his strong leadership in addressing New York’s housing crisis and supporting low- and middle-income families, and we applaud his continued commitment.”

Cuomo in January rolled out a five-year plan that dedicated $20 billion to affordable housing, of which $2 billion (slated to be released by way of a memorandum of understanding, or MOU) would be earmarked this year. But legislative leaders didn’t sign off on the agreement by the time the state budget passed in April because there weren’t many details as 421a was expired and affordable housing development was stalled.

“With an agreement on 421a, the path is now clear for state officials to sign the MOU to release $2 billion in new statewide affordable housing funds,” Milstein said in a statement. “We urge state officials to quickly take this next step, which would so greatly benefit families and our economy.”

The 45-year-old lucrative tax abatement is often considered crucial to developing middle-class, rather than lower-income, housing in New York City. Depending on the incarnation of the program over the years, the percentage of the required below-market units as well as the length of the tax break have varied.

Landlords rushed to file plans with the New York City Department of Buildings at the end of last year in order to be grandfathered in under the program, causing a spike in submissions. There were fewer applications in Manhattan and Brooklyn for the first half of this year as compared with the same time in 2014 (last year was factored out because of the unusually high number), as Commercial Observer reported in August.

City officials have estimated that there are enough projects in the construction pipeline to keep new housing development steady for the next two years. But as experts told CO in April, there would eventually have been a slowdown had the expiration continued, also impacting the multifamily lending market.

“[Today’s agreement] keeps both the staffs of the builders and the staffs of the developers fully employed,” said Andrew Singer, the chairman and CEO of Singer & Bassuk Organization, a commercial real estate debt brokerage. “And now let’s see what effect the total number of units being built has on the rental market. There has been a lot of publicity about how there are some concessions being given in the rental market. I haven’t seen any great evidence and I think it’s a return to normality. It’s not affecting the financing of any rental building in Manhattan, and we do plenty of it.”

The agreement also ends months of back and forth between the Republican-controlled state Senate and Democratic-led Assembly. Keith Wright, the chairman of the Assembly’s housing committee, introduced a bill in March that sought to bring back some of 421a’s affordable housing, which REBNY said didn’t do enough in terms of tax breaks. As this year’s legislative session ended in June, legislation dubbed “421aa” came out of the Senate’s rules committee. It called for augmented wages that the unions said weren’t high enough, adding that the bill had no chance of passing. The bill failed.

In a press release today announcing the agreement, Cuomo, whom some blamed for the program’s expiration in the first place, said the deal is a victory for developers and unions and insisted state politicians pass the new tax legislation as well as release the $2 billion in affordable housing funds reliant on the program’s continuance.

“While I would prefer even more affordability in the 421a program, this agreement marks a major step forward for New Yorkers,” Cuomo said. “I urge the legislature to come back to Albany to pass desperately needed affordable housing and to sign the MOU to release these funds. We simply cannot allow the lack of resolution to stall affordable housing production for years to come. There is no excuse not to act.”