A Housing Incentive Has Died. Are Andrew Cuomo’s Fingerprints on the Murder Weapon? 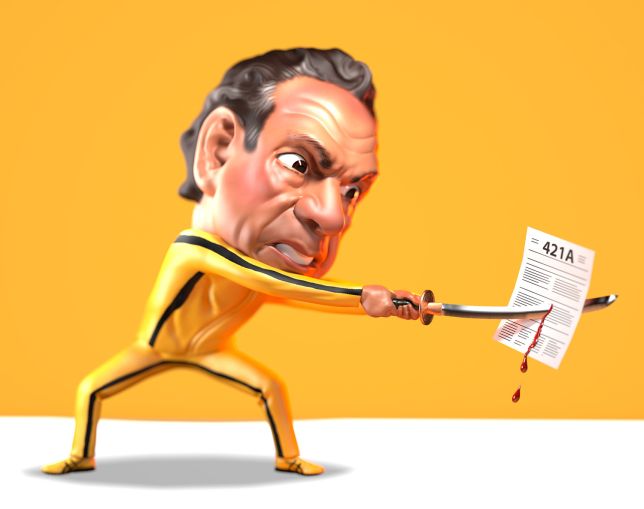 An aide to Gov. Andrew Cuomo recently—and without much solicitation—rambled that his boss was one of the most successful executives in the history of New York State. He gets things done, the aide said.

That’s been true in many, many cases. Cuomo legalized same-sex marriage his first year in office, followed it up with a sweeping gun-control bill a year and a half later and has poked the legislature to pass six on-time budgets.

So when he does, like with the expiration of the 421a tax abatement—which is not just a local housing issue, but perhaps the driving force of the real estate boom for more than a decade—the question for the 58-year-old son of the outer boroughs is, Did he want to lose?

After all, the governor insisted more than a year and a half ago that organized labor and developers agree on a prevailing construction wage in order for the tax break, which is needed to create middle-class housing, to continue. This may have seemed overly combative. Or, doomed to failure.

Some believe Cuomo was siding with the Building and Construction Trades Council of Greater New York, one of his major campaign boosters. Others believe it was simply a chapter in his ongoing feud with Mayor Bill de Blasio. Then there’s the argument that Cuomo completely punted on the controversial program, leaving it to the unions and the Real Estate Board of New York to make an agreement that was never going to be reached.

“This is just a pissing contest between the mayor and the governor,” said a veteran real estate professional, who added it was irresponsible for elected officials to leave it up to the unions and REBNY to decide the future of the legislation. “Did they really expect that they would come to an agreement?”

And it’s not just real estate professionals, let alone observers within the five boroughs, who are pinning the blame on Cuomo.

“Gov. Cuomo has destroyed the 421a program,” said Republican Westchester County Executive Rob Astorino, who lost the 2014 gubernatorial election to Cuomo. “It worked for years and years [and] helped create affordable housing, which is needed. And he probably did it just to attack Mayor de Blasio, which is so irresponsible. Because there are a lot of people that are involved who are going to get hurt with this issue.”

Astorino, who has been a consistent outspoken critic of Cuomo, is the latest prominent New York player to put the onus on the governor. The New York Post, the New York Daily News and the New York Observer are among the editorial boards that have called on Albany to clean up a mess the papers allege legislators made.

“The toll of lost opportunities will only grow,” the Daily News wrote in July. “Cuomo has an obligation to reverse the damage.”

In June, Republican Senate Majority Leader John Flanagan said the 2015 expiration of 421a was a “missed opportunity” to reform the bill instead of letting it end twice in six months. Flanagan, who represents parts of Suffolk County, called on Cuomo to get all the related parties together to come to an agreement.

“No one can provide greater leadership in this area than the governor of the State of New York,” Flanagan said at a New York Building Congress event earlier this year. “In my humble opinion, he puts everybody in a room, sits everybody down and tells everybody, ‘Nobody is going home until things are negotiated and compromised;’ then I think we can get there.”

There’s no denying that Cuomo is a master mediator. In the summer of 2014, the Democrat brokered a last-minute deal between the Metropolitan Transportation Authority and the union representing Long Island Railroad workers—avoiding a strike that would have shut down the transit system. Since taking office nearly six years ago, Cuomo, whose representatives did not return a request for comment, has been masterful in getting Albany to work.

And that’s what makes the saga of 421a all the more interesting. (Or, suspicious, if you will.)

For those of you just tuning in, 421a—a program that has been around in some form or another since the 1970s, and offered decades of tax exemptions on new construction with multiple dwellings in exchange for below market-rate housing—expired in June 2015 as the Albany legislative session ended. De Blasio and REBNY, not always allies, came to a framework agreement near the end of last year on a plan that dedicated a higher percentage of a building as affordable than the previous 20 percent.

Legislators couldn’t see eye to eye before the session ended that June. A week later, Cuomo announced he’d roll 421a over for six months, until Jan. 15. REBNY and the Building Trades Council had until that point to agree upon a prevailing construction wage—basically an augmented salary benchmark for skilled labor. Any 421a package approved after that point would have also required union labor for large-scale projects.

“We need the parties holding up a resolution to get back to work because every day without the reformed program hurts New Yorkers who need affordable housing,” a de Blasio spokeswoman said in an emailed statement. She put the blame on Albany, saying, “You broke it, and now you need to fix it.”

Many in the pro-development world have argued that the economics of building affordable housing cannot work if you’re paying an even higher construction wage.

Multifamily buildings are in the highest-taxed category of all New York City properties. Developers argue that it’s difficult to make the economics work for rental housing, in which profits are more long term than building condominiums, because the taxes are too high. Having union labor with an augmented wage becomes even more costly, especially if you’re assigning 20 percent of your units below the market average.

“Policymakers have a clear choice,” REBNY President John Banks said in a statement, adding the wages being sought were too high to make finanicially viable. “They can choose to pay ironworkers more than $235,000 per year and carpenters more than $195,000 each year to build affordable housing. If so, there will be less affordable housing built or taxpayers will be asked to pay an exponentially larger tab.”

REBNY declined to comment on whom was at fault for the tax break expiring.

Nonunion construction groups such as the Associated Builders and Contractors have been critical of Cuomo and organized labor in the 421a hoopla. Brian Sampson, the leader of the group’s Empire State chapter, said Cuomo’s commitment to build affordable housing didn’t make economic sense.

The unions, Sampson alleged, had also set their salary requirements too high, pricing themselves even out of New York City. “[Cuomo] bears the vast majority of the blame,” Sampson said. “The rest of the blame falls to the Building Trades and the leadership there.”

Building affordable housing hasn’t required using union labor, either, said Howard Husock, the vice president of policy research at the right-leaning Manhattan Institute think tank. Developers who specialize in these types of buildings will actually use nonunion labor to reduce labor costs on a project that is guaranteed to have lower returns than your normal New York rental building.

“It’s a little mystifying on why [Cuomo] insisted on a prevailing wage, or a union wage, for these kinds of developments,” Husock said.

The Building Trades Council did not respond to a request for comment via a spokesman.

The expiration, no matter whose fault it is, is expected to have a long-term impact on the city. State and city officials have maintained that there are plenty of projects in the housing pipeline to keep people working for at least two years, while meeting the de Blasio administration’s goals of creating more affordable units. That’s because developers rushed to get their projects approved before the tax break expired. But there are already indications, however, that a development slowdown is on its way.

“New construction is dwindling,” said Robert Knakal, the chairman of New York investment sales at Cushman & Wakefield, who added that the city was in dire need of a return to 421a but declined to take sides on the matter. “It’s almost dried to a trickle.”

The recent 421a war has been fought out on all fronts, from the conference room of REBNY to the committee rooms in Albany. This year’s session was something of a legislative tennis match, with efforts to revive the program being lobbed between the Democratic-controlled Assembly and the Republican-controlled Senate.

Assemblyman Keith Wright, a Democrat, introduced a bill in March that would have supplemented some of the affordable housing created by 421a. REBNY said it was a step in the right direction but didn’t do enough to replace the tax break. A billed dubbed 421aa appeared in the State Senate’s rules committee at the end of this year’s legislative session that laid out new wage guidelines. The Building Trades Council panned the proposal and said the numbers in the bill were too low.

Cuomo has made his own attempts to float new proposals that would revive 421a in some way, shape or form. The New York Times reported in August that he pitched a new plan to REBNY that would have lifted the union requirement but increased labor wages on larger projects in Manhattan as well as posh areas of Brooklyn and Queens.

While the unions supported that idea, there was backlash about the fact that the state would subsidize those augmented wages. One source within the real estate industry said that a suggestion to use taxpayer money for private development was “just preposterous. It’s the most stupid idea I’ve ever heard.”

Politico New York reported in late September that Cuomo was again meeting with REBNY officials to come to an agreement on reviving 421a. It wasn’t clear what Cuomo discussed with prominent REBNY members including Chairman Rob Speyer of Tishman Speyer, Douglas Durst of Durst Organization and Gary Barnett of Extell Development Company.

“Hopefully, they can all get back to the table and come up with a solution that the governor is not going to torpedo again,” Astorino said.

Councilman Jumaane Williams, who represents parts of central and southern Brooklyn, doesn’t think Cuomo was wrong to attach the prevailing wage to the continuance of 421a. He even said he wished additional things were tacked on, such as a mandate for local hiring in relation to where a project was.

“I think greed is the issue more than anything else,” said Williams, who sits on the council’s land use committee. “I think we needed to add more. I think the feud between the governor and the mayor is hurting us.”

At the end of the day, Williams joined the chorus of New York players who said some kind of replacement to 421a has to come soon.