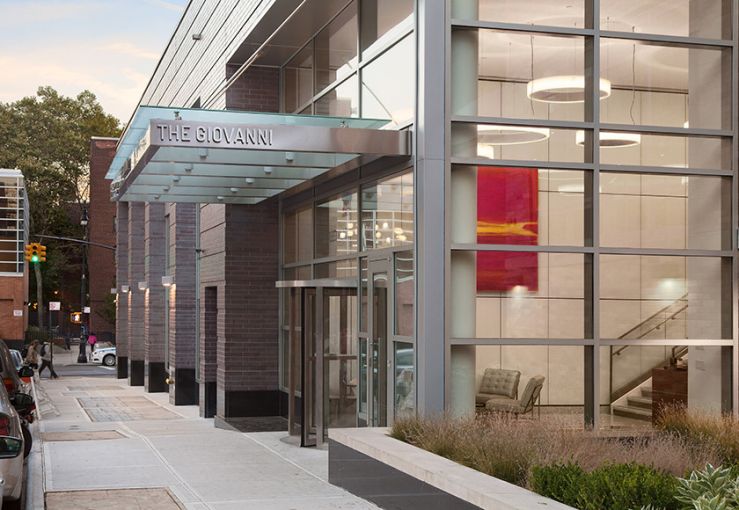 The bank signed a 2,000-square-foot lease for the ground floor of the 15-story rental property between Myrtle Avenue and Fair Street, which has 205 rental apartments and is 99 percent occupied, according to a spokesman for Catsimatidis’ Red Apple Group.

Asking rent in the 10-year deal was $75 per square foot, according to Jeff Winick of Winick Realty Group, who represented the tenant and landlord in the transaction.

Eight-year-old Gold Coast Bank currently has six active branches on Long Island from Mineola to Southampton. Banks may be shrinking physical footprints as more people use online and mobile banking options, as CO recently reported, but Gold Coast Bank is expanding to New York City by way of Brooklyn. The bank is also looking for an outpost in Midtown, according its chairman and chief executive officer, John Tsunis.

In a separate deal, retailer Wine Legend also signed a 2,600-square-foot, 10-year deal for a space on the ground floor of The Giovanni. The space will be split between a wine store and a high-end tasting room. Winick represented both sides in this transaction as well. Both the bank and Wine Legend will open in about 90 days.

The Giovanni is part of a four-building residential complex called the Myrtle Avenue Development, which Catsimatidis is erecting in stages. Upon completion in late-2017, the project will bring nearly 1,000 residential units to the area.

“The addition of Gold Coast Bank and Wine Legend to The Giovanni will add new services for both our residential tenants and the surrounding neighborhood,” Catsimatidis said in a prepared statement. “The developments are bringing new homes and new jobs to New Yorkers and bolstering the sense of community and vitality in this section of Brooklyn.”

There is still about 7,500 square feet of of retail space remaining to be leased at the The Giovanni, and the landlord is targeting a deli, restaurant or an urgent care facility, according to Winick.

“The community has been growing over the five years, and these buildings need services,” Winick told CO. “A bank was needed, urgent care is needed and a wine and liquor store was also needed. Myrtle Avenue going east is underserved with retail, so this is not the big-box [department stores], this is more for local use.”