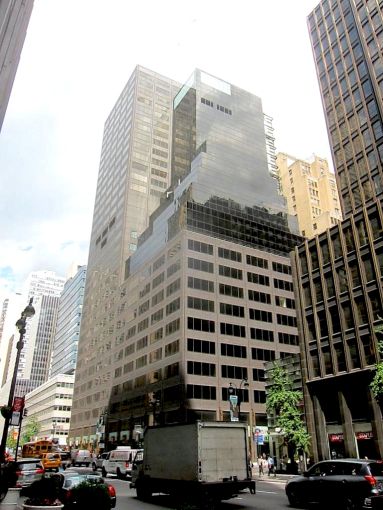 Commonwealth Secretariat signed a 27,248-square-foot deal to occupy the entire 11th floor of the 35-story building, according to the The New York Post, which first reported the deal. Asking rent in the 15-year deal was $60 per square foot, JLL’s Matt Astrachan confirmed via a spokesman.

London-based Commonwealth currently has a New York office at 800 Second Avenue between East 42nd and 43rd Streets, a block south and an avenue east from its new location. It has been a tenant in that building since June 1998, according to CoStar Group.

Michael Burgio and Daniel Organ of Cushman & Wakefield represented the tenant in the deal. The brokers declined to comment.

Commonwealth Secretariat isn’t the only government agency in the building. The Foundation for the Global Compact, a nonprofit that is a United Nations partner organization, occupies the entire 12th floor of the building while Chang Hwa Commercial Bank renewed its lease in the same building in April 2015, as CO reported.

In the other new lease at the building, New Oak, which provides litigation support, leased 17,800 square feet for the entire 21st floor. Asking rent in the 10-year deal was $77 per square foot, Astrachan said. The firm will be moving from SL Green Realty Corp.’s 485 Lexington Avenue between East 46th and East 47th Streets.

Astrachan and colleagues Frank Doyle, Clark Finney, Jonathan Fanuzzi and Daniel Santagata represent the landlord in both deals at 685 Third Avenue. An NGKF spokeswoman did not return a request for comment.

TIAA-CREF, a New York-based Fortune 100 retirement provider for those in academia or research, bought the 646,422-square-foot property for $190 million from pharmaceutical giant Pfizer in August 2010, according to property records. Other tenants include trade publications company Crain Communications and Navigant, a professional services firm.

Companies have been vying for new digs along the Third Avenue corridor between East 39th and East 57th Streets, as CO previously reported. Available Third Avenue space has been cut by almost 50 percent from nearly 4 million square feet to around 2 million square feet from the end of 2013 to the third quarter of 2015, as CO reported at the time. An October 2015 Savills Studley report noted that the avenue offers value for tenants looking for real estate close to transportation that isn’t exorbitant.