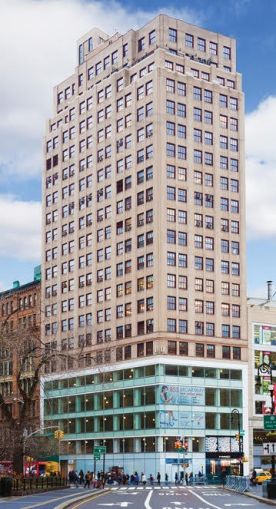 A real estate company and a software firm have both signed leases totaling 16,828 square feet at 853 Broadway between East 13th and 14th Streets in Union Square.

Brack Capital Group, a real estate company that also handles energy and venture capital investments, inked a 8,815-square-foot deal for the entire second floor of the 157,000-square-foot building, according to a press release from the landlord, The Feil Organization. Jonathan Plotkin of Colliers International represented Brack. Plotkin did not immediately return a request for comment.

Media iQ Digital LTD, an analytics software and services company, will occupy the whole fourth floor of the 21-story structure after signing a 8,013-square-foot lease, the landlord also announced. Part of the fourth floor was previously occupied a technology company Bluecarat, as CO reported July 2014. Frank Coco of Cushman & Wakefield represented Media iQ with colleagues Owen Hane and Alex Shames. Hane, Shames and Coco did not immediately return a request for comment.

Feil’s Robert Fisher represented the landlord in-house for the deals along with Brian Plumb and Michele Frankel. The asking rent at the building is $89 per square foot, according to Fisher, who declined to provide the length of the leases.

In September 2015, Shaw Industries, a carpet manufacturer and a division of the American multinational conglomerate Berkshire Hathaway,  signed a 10 year, 7,963-square-foot deal for the entire third floor, CO reported at the time. The asking rent in that deal was $90 per square foot.

The building underwent lobby renovation and has a glass curtain wall extending from the ground up to the fourth floor. Other tenants include Capital One Bank and MAC Cosmetics. Mac occupies 1,600 square feet and has been a tenant since August 2015, as CO had previously reported.