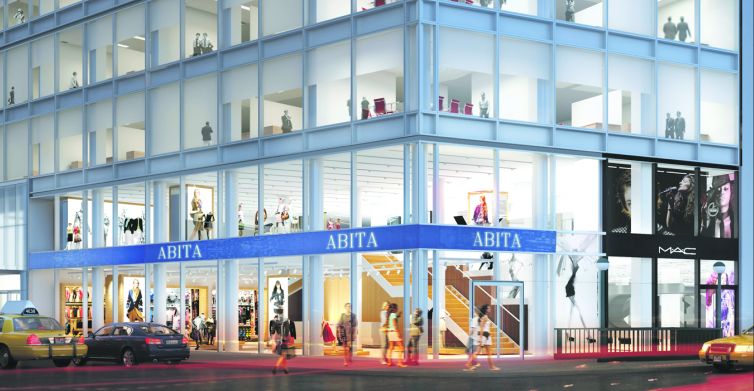 Last week, landlord The Feil Organization began removing the scaffolding at 853 Broadway, a building that come the holiday season will be home to a new MAC cosmetics store.

Feil’s Brian Feil, the vice president of leasing, and Robert Fisher, the director of commercial leasing at the building, talked to Commercial Observer about the company’s $10 million-plus renovation project spanning the first five floors of the property. Construction at the site, at the corner of 14th Street and Union Square, began about a year ago.

Most notably at the 157,000-square-foot, 21-story office building is a new glass façade that extends to the fourth floor. The curtain wall has been completed. In addition, Feil will soon commence reconfiguration of the lobby, slated for completion by the end of the year. The main issue is moving an egress that is central in the lobby and replacing it with a security desk. On one lobby wall will be featured a piece of preserved cast iron from the original 1926 building.

Interior work will be completed within a couple of months and the elevator modernization, cosmetic and mechanical in nature, will be finished in the first quarter of 2015.

The new office space, amounting to new construction in an old building, hit the market a couple of weeks ago.

“There are a number of different ways to lay it out,” Mr. Fisher said.

The bathrooms are being remodeled on the second, third and fourth floors and Feil, the building owner and manager, will install a water-cooled, tenant-controlled air conditioning system.

“In terms of office space on Union Square, it’ll be unique,” Mr. Feil said. “When was the last time an office building was built in Union Square?”