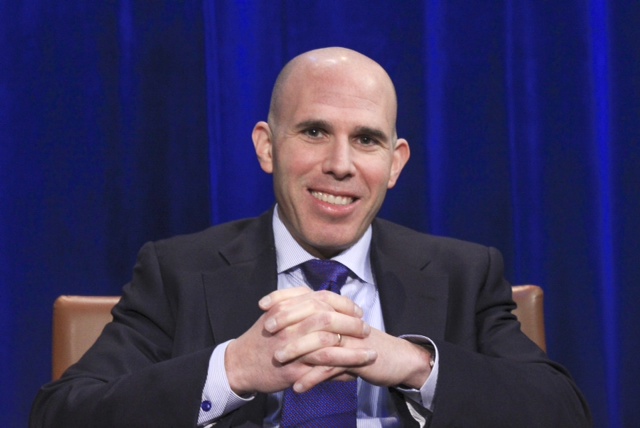 The Port Authority of New York & New Jersey has elected former New Jersey Attorney General John Degnan as chairman of the bi-state agency’s Board of Commissioners. Scott Rechler, the CEO of RXR Realty and vice chairman of the Port Authority’s Board of Commissioners, assumed the chairmanship following David Samson‘s resignation from the position in March. Along with Wednesday’s announcement of Mr. Degnan’s swearing in, the Port Authority indicated the board’s authorization of $90 million in improvements for its 64-year-old bus terminal. Commercial Observer checked in with Mr. Rechler to see how he felt about giving up the temporary chairman post, his greatest accomplishment while serving as chairman and his feelings about his replacement.

Are you disappointed you weren’t named chairman permanently?

Not at all. By design, the way it works, the New Jersey governor appoints the chairman and the New York governor appoints the vice chairman and executive director. The person that runs the day-to-day is the executive director. At the end of the day, the board is ultimately a joint venture between the two states. You have two governors that could veto any resolution so you need to build consensus between the states. John gives the Port leadership from New Jersey with whom I can work with to move the Port forward and make important decisions to support our region’s transportation infrastructure and economic growth.

What will change now that you are no longer chairman?

I was acting chairman while the chairman seat was vacant and I’ll continue to serve as vice chairman. I’ll continue to focus my energies on helping restore the Port Authority’s position as one of our country’s leading agencies. I don’t have to call for the roll call vote on everything anymore and run all of the meetings [laughs]. I’ll speak out on things I care about and John will speak out on things he cares about.

What are the things you care about?

The future of the Port and refining its mission for the next century and furthering the reform efforts that we have been making. I also want to make sure that the Port’s capital plan is implemented in a disciplined manner and allocated to the region’s most important infrastructure needs. Finally, it is critical that we complete the redevelopment of the World Trade Center site.

What does John deem important?

I believe right now what John deems his most important role is providing the Port with leadership, stability and focus. We also both obviously care about the bus terminal and taking immediate action to enhance our region’s infrastructure whenever possible.

How many more hours did you spend working for the Port Authority in the chairman role rather than the vice chairman position?

I can’t really quantify it. It doesn’t change my job description. I still commit the same hours. I still represent the New York side to it. It’s really no difference. Before I had to call the different commissioners [there are six each in New York and New Jersey] and ask “what’s the consensus?” Even as we went through the World Trade Center [debates], I had to call every New Jersey commissioner to get a feel of what was happening.

What do you feel was your best accomplishment as chairman?

My top priority as acting chair, and what continues to be my top priority as vice chairman, is that the Port Authority must become more open with more input from the Board of Commissioners and the public. As acting chairman, the best thing was starting to change the culture where we made the Port’s board more transparent and made the dialogue of the commissioners more robust publicly. There was a period where the board would go into the backroom and rubber stamp deals behind closed doors. I made it a point to hold the debate in public and encouraged constructive discourse between the commissioners.

Also we changed our voting mechanism, rather than voting on consent calendar, we had roll call voting to make sure each Commissioner publicly states where they stand on an issue. Before this change, the board would vote a whole agenda at one time. We began a new era in the way the Port Authority is run. From everything I’ve seen with John so far, he recognizes the importance of this transparency.

How would you describe John’s personality?

The Wall Street Journal reported that more details would be revealed about the $90 million bus terminal improvement at the Port Authority’s board meeting in September.  What’s going to happen in September?

If you remember our capital plan was structured as a “pay-as-you-go” budget. We will not add projects unless we identify where the money is coming from. In September, we’ll be determining where we will be creating capacity within the capital plan to make room for the $90 million. [Also] the staff is putting together a plan for what projects the $90 million will be spent on so that it has the greatest and swiftest impact to enhance the bus terminal experience.

How often are you in the bus terminal?

I was there Monday. Chairman Degnan, Commissioner Kenneth Lipper and I went for a tour to evaluate the situation. We wanted to see the conditions before the Wednesday discussions. We were able to tour together and put forward a short-term solution and we forged consensus with the board that we need to do more. And that’s what we’ll be exploring in the coming months.