Servcorp Signs Expansion at RXR’s 1330 Avenue of the Americas 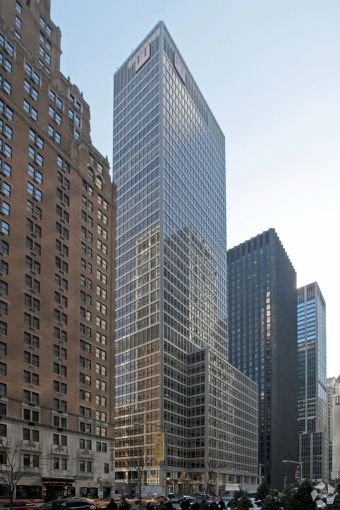 While they might not be expanding as rapidly as their tech-driven millennial counterparts, the suit-and-tie shared workspaces in Manhattan are growing, too.

Take for instance Servcorp’s location at RXR Realty’s 1330 Avenue of the Americas where Commercial Observer has learned the shared workspace provider is expanding by 3,760 square feet.

That gives the company a total 10,200 square feet, or the entire 23rd floor, at the 534,000-square-foot building between West 53rd and West 54th Streets, according to a press release issued by the tenant. Asking rent in the deal was not immediately available. The lease runs through February 2024, according to CoStar Group. There were no brokers in the deal, a Servcorp spokeswoman said.

The expanded space will open in the spring following a build-out. Once it’s completed, Servcorp will have 22 private offices and a coworking lounge, per the release.

Servcorp originally signed a 10-year lease on the 23rd floor of the building in February 2010, according to the spokeswoman.

The Long Island-based RXR sold a 50 percent stake in the building and five other properties valued at $4 billion to the Blackstone Group last year, as Bloomberg reported in February 2015. RXR retained management of the properties in the deal.

News of the 1330 Avenue of the Americas deal comes as Servcorp also announced that its location at 1 World Trade Center was 70 percent leased. The company has a location on the 85th floor, which charges $750 per month to members. There are also locations in Midtown East at 375 Park Avenue and in the Financial District at 17 State Street.

“At Servcorp, we believe that all companies should have access to the highest caliber of space at prices they can afford,” Melanie Gladwell, the company’s senior vice president, said in prepared remarks. “The continued growth and popularity of our four New York City locations is a testament to the demand for this type of five-star serviced office and coworking space. [The year] 2015 was an excellent year for our company, and we look forward to an even better 2016 as we grow our footprint in the market.”