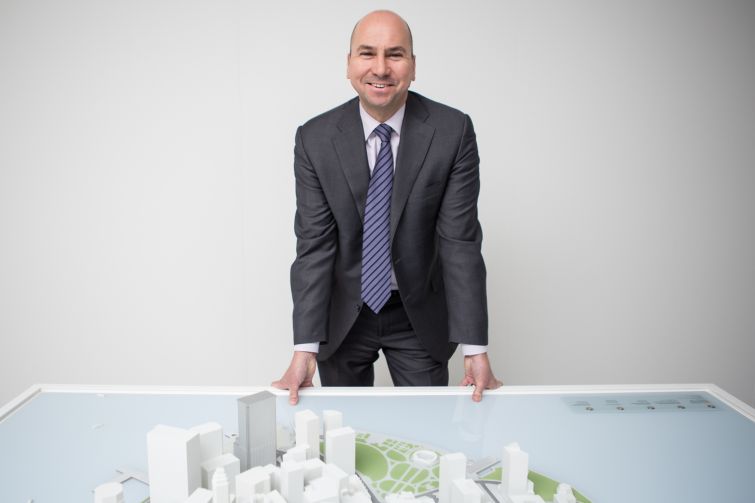 As a result, Mr. Friedrich will vacate his recently appointed position as chairman of the Alliance for Downtown New York, the organization’s president, Jessica Lappin, told Commercial Observer.

“Once he resigns from Brookfield, he will no longer be able to remain chair of the alliance,” Ms. Lappin said. “We will miss him and we wish him the very best.”

Mr. Friedrich’s plans are not immediately clear, but he’s set to leave Brookfield effective Jan. 15, according to The New York Post, which first reported the news of his departure. A source told the paper that there was no bad blood within the company. Rather, the source said, Mr. Friedrich saw his role at the global development company withering and decided to make an exit.

“It was amicable,” the source told the Post. “He has a strong relationship with global office division Chairman Ric Clark. There were no skeletons.”

Mr. Friedrich and Brookfield have had quite the success together Downtown. Most recently, Mr. Friedrich was voted in June to replace Robert Douglass as the chairman of the Downtown Alliance. As CO previously reported, Mr. Friedrich was selected for the role because of the developers’ role in rebuilding the area after 9/11 as well as Superstorm Sandy, when Brookfield pumped 30 million gallons of flood water out of 1 New York Plaza.

The Downtown Alliance’s board of governors—comprised of Downtown landlords, tenants and residents—will convene to vote on a new chairman soon, said Ms. Lappin, who did not say when that might be. The chairman of the organization must be a member of the board, she said.

When reached for comment by CO, the Brookfield spokeswoman said: “We wish him the very best.”

Mr. Friedrich, 50, has been with the company practically all of his career and has recently overseen Brookfield’s expansion on to the Far West Side of Manhattan, as well as the repositioning of Brookfield Place from the World Financial Center.

The office division has brought Skadden, Arps, Slate, Meagher & Flom to its under-construction 1 Manhattan West—one of the biggest lease deals last year. The global law firm will move its New York offices from 4 Times Square to 550,000 square feet at the 2.1-million-square-foot tower at the corner of West 33rd Street and Ninth Avenue.

“For tenants coming in, it created the perception that land was created there as opposed to just an open area over tracks,” Mr. Friedrich told CO in an April interview. “Skadden has shown a history of amazing foresight and vision being prepared to move their headquarters in areas that would be considered somewhat pioneering for a law firm.”

The longtime Brookfield executive’s departure marks the latest in company personnel moves over the last year. In April 2015, the company’s head of national leasing, Ed Hogan, left the company for a similar role at Vornado Realty Trust, as CO previously reported. Mark Kostic, a retail specialist, left Brookfield in June for Related Companies only to return to the companyf five months later. Mr. Kostic, a 30 Under 30 recipient, told CO last year that he was drawn back to the company so quickly by the addition of Michael Goldban, who took over retail leasing for Brookfield in October 2015.