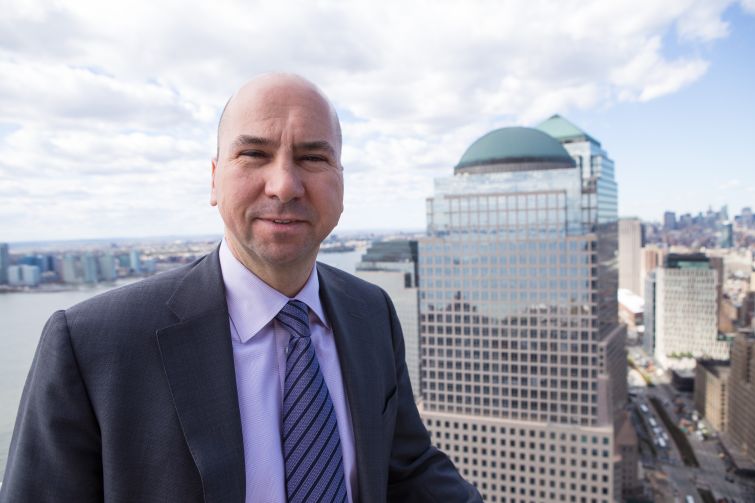 Dennis Friedrich, the chief executive officer for global office of Brookfield Property Partners, has been elected as the next chairman of the Downtown Alliance, the group announced today.

The group’s board of directors voted unanimously last night to have Mr. Friedrich replace longtime chairman Robert Douglass, who will stay on as a board member. The chairman serves in a non-employee role, and is responsible for guiding the Alliance’s policies and mission, according to the group. Jessica Lappin, the president of the Alliance, oversees day-to-day operations for the business-boosting organization, and will work with Mr. Friedrich.

Mr. Douglass announced to the board in March that he planned to step down as chairman of the Alliance, a spokeswoman for the group said, because “it was time to give someone else a chance to lead.” He served 20 years leading the organization after being elected in 1995.

“The Alliance is now in very good hands and I am confident we will continue to achieve great things in the months and years ahead,” Mr. Douglass said in prepared remarks.

The Alliance, in a press release, pointed out some of Mr. Friedrich and Brookfield’s work in Lower Manhattan, particularly its response to 9/11 and superstorm Sandy—notably pumping 30 million gallons of water out of 1 New York Plaza and overhauling the retail portion of the building.

“It is a very exciting time for Lower Manhattan, and I believe our brightest, most vibrant days are ahead of us,” Mr. Friedrich said in prepared remarks. “The Alliance is the guardian of the interests of Lower Manhattan, and our mission is as critical now as it has ever been. I feel proud and privileged to take on the responsibilities of chair.”

Brookfield, formerly known as Brookfield Office Properties, was also able to lure Time Inc., the spun-off print side of Time Warner’s media conglomerate, to 700,000 square feet at 225 Liberty Street in Brookfield Place last year. The company is expected to leave its longtime Midtown home at 1271 Avenue of the Americas later this year, as CO previously reported.

As a longtime Brookfield executive, Mr. Friedrich, 49, told Commercial Observer in a recent interview that he got his start working on the company’s crown jewel, what is now Brookfield Place, which is bordered by Liberty, West and Vesey Streets.

“Dennis brings a wealth of experience and a new perspective, and I am very much looking forward to our work together,” Ms. Lappin, a former city councilwoman, said in prepared remarks.