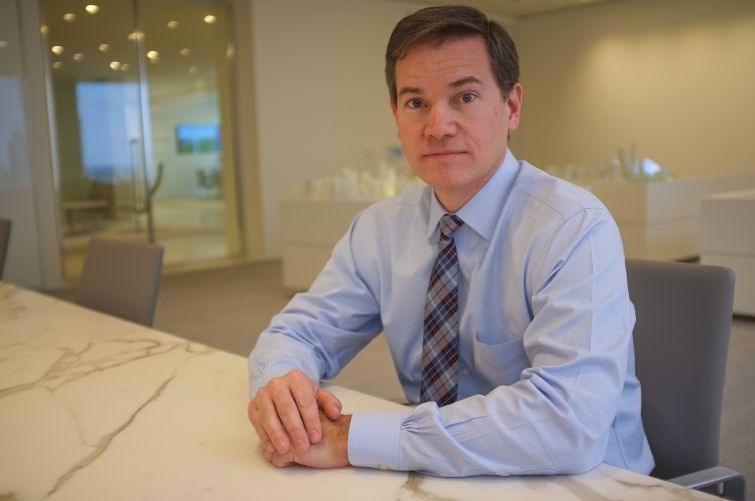 The longtime Brookfield executive will be responsible for retail leasing in Vornado’s Manhattan portfolio as well as revamping Penn Plaza, the company’s chief executive officer, Steven Roth, announced in an internal memo obtained by CO. The largest landlord in the area around Pennsylvania Station, Vornado has been planning to make its Penn Plaza holdings more attractive to potential tenants.

Mr. Hogan was not immediately reachable for comment. He’s expected to start imminently, according to a person familiar with the move.

Part of that overhaul is luring more retail to the area, The Wall Street Journal reported earlier this month. Mr. Roth in the memo said Mr. Hogan, who’s spent the last 19 years at Brookfield, will work on expanding and re-shaping Vornado’s retail space in other key districts such as Times Square, Fifth Avenue and Soho.

Mr. Hogan capped off his career with Brookfield with the hefty goal of leasing out its renovated Brookfield Place at 250 Vesey Street. Nine months before the Downtown shopping center was slated to open, CO reported that Mr. Hogan’s team had leased nearly all of the 35,000-square-foot Hudson Eats dining hall, all of the 25,000-square-foot Le District marketplace and 90 percent of the 250,000 square feet of retail.

He also oversaw leasing at Brookfield’s Manhattan West project, which is currently under development in the Hudson Yards district.  He also oversaw leasing at 1 New York Plaza, the Downtown property damaged by Hurricane Sandy. Before joining the company nearly 20 years ago (when it was still Olympia & York Companies), Mr. Hogan started his career as an architect and worked at Eberhart Brothers and  Skidmore Owings & Merrill.

With Mr. Hogan’s entrance comes an exit for Ms. White, an executive vice president who has overseen Vornado’s leasing for the last four years. Prior to that, according to the memo, she did leases, reporting to then-Executive Vice President for Retail Real Estate Sandeep Mathrani, who has since become CEO of Chicago-based General Growth Properties. Ms. White will now take a “senior position” at The Witkoff Group. During her 13-year career, according to Mr. Roth, she executed 338 street retail leases which add up to 2.3 million square feet. Ms.