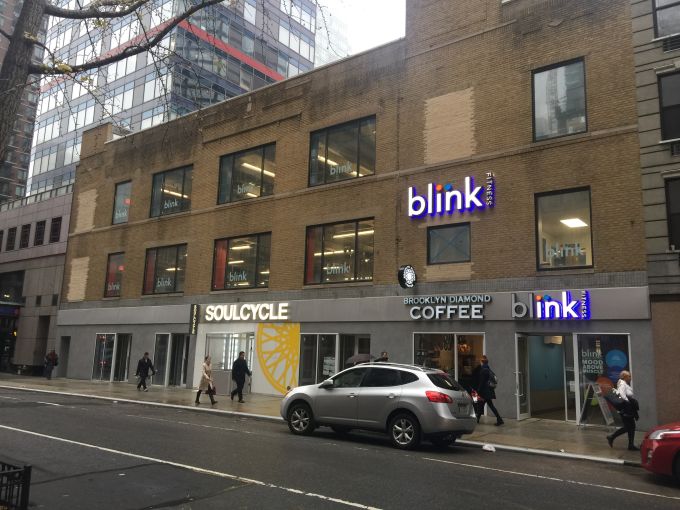 Just within a year of purchasing a parking garage at 240 East 54th Street, JTRE Holdings has transformed it into a health destination.

Commercial Observer has learned that California-based facial spa Skin Laundry signed a 12-year lease for a new location in a 1,700-square-foot ground floor space at the property between Second and Third Avenues. The asking rent in the deal was $225 per square foot.

The skincare company will join SoulCycle and Blink Fitness, which signed leases to open in the property earlier in the year, as CO previously reported.

“It’s like a one stop-shop for people,” Jack Terzi, the founder and chief executive officer of JTRE Holdings, told CO. “We were looking for a tenant that would work well the with existing tenant mix.”

Richard Skulnik of Ripco Real Estate, who represented Skin Laundry with colleague Lindsay Zegans, declined to comment. JTRE Holdings did not have a broker in the transaction.

Skin Laundry is known for its laser facial treatment and skin care products. The skincare company has two active locations in Manhattan at 3 West 16th Street in Flatiron District and 119 West 56th Street in Midtown. A Tribeca location at 112 West Broadway is also opening soon, according to the company’s website.

In addition to Skin Laundry, Brooklyn Diamond Coffee also signed a lease for 300 square feet of space at 240 East 54th Street. The coffee shop will open early next year.

JTRE purchased the three story building for $21 million in January, as CO reported. The landlord then spent $10 million to renovate the 30,000-square-foot property. There is about 4,000 square feet of space available in the building and Mr. Terzi said they are considering a juice bar and grocery for the remaining space.