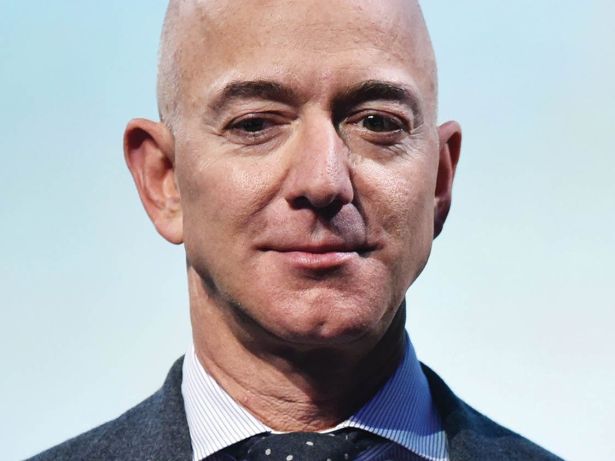 From the time this list was sent to the printing press and when it was actually published, Jeff Bezos probably got a couple of billion dollars richer.

At least on July 20, when Amazon stock jumped 7.9 percent, Bezos’s net worth jumped a modest $13 billion in one day.

In fact, no single human being on earth was better situated for a global pandemic than Jeff Bezos’ Amazon, which has almost single-handedly turned upside down nearly everything we thought we knew about retail and real estate. (For both the better and worse.)

In December, Amazon inked one of the biggest deals of 2019, when it took 335,000 square feet at SL Green Realty Corp.’s 410 Tenth Avenue in Hudson Yards, with plans to move 1,500 employees there by 2021. While a massive deal, it paled in comparison to the 4 million-square-foot campus Amazon planned to build in Queens, which it pulled out of in February 2019 after strong opposition from locals and politicians.

Still, the Seattle-based company has become an active leasing tenant around the city, nabbing large warehouse spaces in the outer boroughs.

In the second quarter of this year, Amazon took two of the five-largest industrial leases across the city: a 300,000-square-foot deal at 55-15 Grand Avenue in Maspeth, Queens, and a 205,409-square-foot space at 1055 Bronx River Avenue in the Soundview neighborhood of The Bronx.

And while the coronavirus pandemic left most of the country’s economy reeling, Amazon has thrived, as people stuck at home turned to them for their shopping needs. Bezos’ net worth climbed about $33 billion since the outbreak, and Amazon posted $75.5 billion in revenue in the first quarter.

It expects its revenue to climb to $81 billion in the second quarter (it hasn’t announced its earnings yet), but it’s forecasting an operating income ranging from a loss of $1.5 billion to a profit of $1.5 billion, owing to at least $4 billion in spending in response to the pandemic, Reuters reported.

While Amazon continues to lease space and provide jobs around the city, it hasn’t been the best boss to New Yorkers. Hundreds of its warehouse packers tested positive for COVID-19 around the country, with one who worked in the Staten Island fulfillment center dying from the virus in May.

In March, dozens of workers at the Staten Island center staged a walkout protest over the lack of safety protocols during the pandemic. Amazon fired the worker who organized the strike a day after the protest.

And yet its stock continues to rise. They’re a powerful adversary.—N.R.