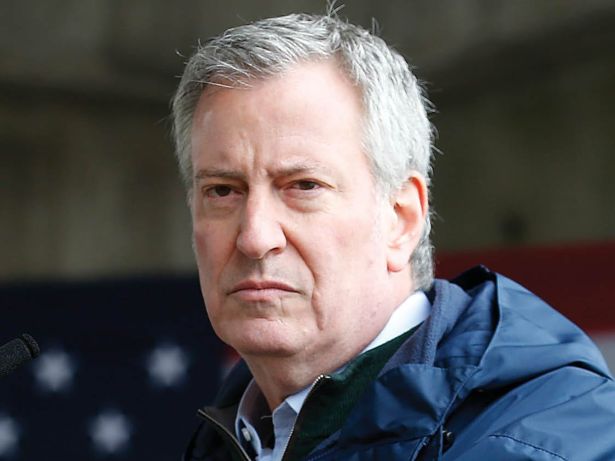 This was not the homecoming the mayor was hoping for.

Bill de Blasio returned from the presidential campaign trail last fall after failing to reach the threshold to get on the Democratic debate stage. With no other office to seek, save for nudging his spouse into the Brooklyn borough president’s race, de Blasio vowed to help struggling small businesses, revamp his affordable housing plan, and invest in green energy over the remaining two years of his term.

Instead, the city has been buffeted by dual crises — an unforeseen viral pandemic that has sickened nearly a quarter of a million New Yorkers and an eruption of civil unrest in response to structural racism within the criminal justice system and decades of discriminatory police tactics.

The mayor seemed unprepared to handle both emergencies. He encouraged New Yorkers to go about their normal routines when the first COVID-19 case was diagnosed in early March and sought to keep schools and restaurants open despite a furious backlash from his aides.

De Blasio finally announced a shutdown in mid-March and effectively ceded control over the management of the pandemic to the governor whose informative daily coronavirus briefings became essential viewing as hospitalizations and fatalities peaked in April. The mayor’s briefings on the other hand were muddled and combative, and data the city released tracking coronavirus cases geographically was confusing.

De Blasio campaigned on a promise to narrow the chasm of inequality, but the contagion exposed inequities in the city’s hospital system, housing and transportation system. Those with the means to flee the city when cases soared left for their second homes at the shore or in the mountains, while a million New Yorkers laid off from work in the pandemic continue to worry about making rent this summer with little relief in sight.

The mayor’s other significant campaign promise — reforming the police department — may also go unfulfilled. De Blasio repeatedly defended the police department’s aggressive treatment of demonstrators following the death of George Floyd but ultimately bowed to public pressure to shift $1 billion in funding from the NYPD to other agencies and make disciplinary records public.

But calls to rein in police continue as the mayor grapples with an alarming rise in shootings, the challenge of reopening schools and offices, and the looming threat of another wave of coronavirus cases, which are growing across the South and West.—A.S.