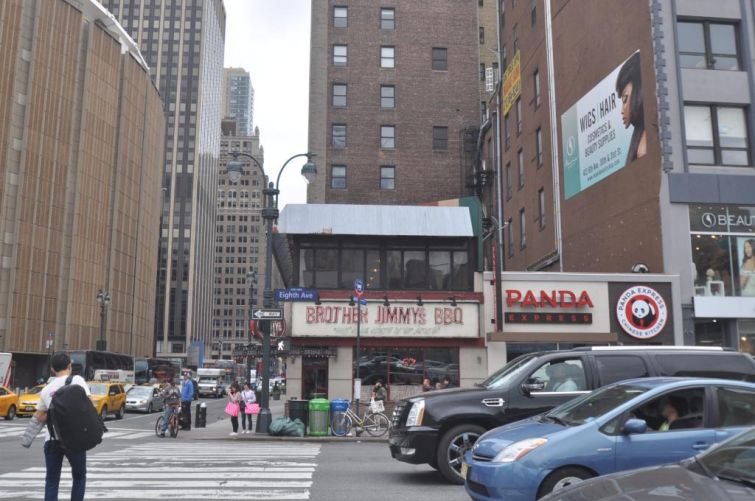 A new sports bar inspired by the notorious gentlemen’s club Scores is opening up near Madison Square Garden.

Scores Sports Bar inked a 15-year deal for 9,000 square feet across the basement, first and second floors of The Riese Organization’s 416 Eighth Avenue, with plans to open shop in early fall, according to tenant broker Spencer Planit of Winick Realty.

The bar will be a spinoff of Scores. The gentlemen’s club was known for its ties to the Gambino crime family and celebrity clientele — including Madonna, Howard Stern and Russell Crowe — before most of its New York City outposts shuttered in 2009, the New York Daily News reported.

But Scores Sports Bar will be a more family-friendly, upscale affair, said Rich Rosen, the president and CEO of American Sports Bar Entertainment and owner of the Scores Sports Bar brand. Robert Gans, who took over Scores’ remaining location at 536 West 28th Street in 2009, is not involved, Rosen said.

“The interest here is taking a famous name, rebranding it, and the goal is to be the top sports bar in the country within a few years,” said Rosen, who plans to open other New York locations in 2024. “It is really more geared towards sports but it will have some flash to it.”

And with Madison Square Garden across the street from the bar and rooftop, the two-story building was a perfect fit for the eatery, Planit said.

“You can see Madison Square Garden from the second floor, so it was a no-brainer,” Planit said. “It’s a really good opportunity to build a flagship.”

“We’re excited to have worked with Scores Sports Bar and Winick Realty to secure their first location in NYC,” Schwarz said in a statement. “416 Eighth Avenue is in a prime corner restaurant location, with amazing branding potential.”

Scores will take over the property between West 30th and West 31st streets from Brother Jimmy’s BBQ, which closed its last New York City outpost in April after struggling to keep the business afloat during the pandemic, Secret NYC reported.