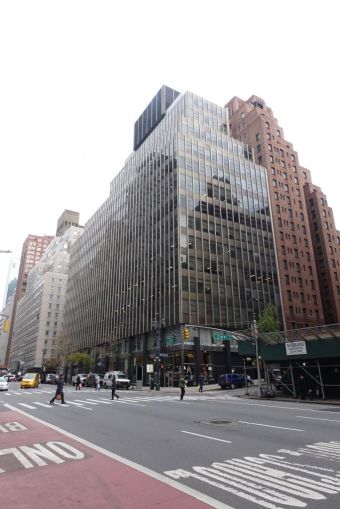 The Consulate General of Jamaica has signed a lease for 42,500 square feet at 300 East 42nd Street.

The office, which will also house Jamaica’s permanent mission to the United Nations, was leased for 20 years and had an asking rent of $67 per square foot, according to The Real Deal, which first reported the story.

The consulate is relocating from its current space half a mile away at 767 Third Avenue.

Gordon Ogden and Benjamin Mohr of Byrnam Wood represented the Jamaican Consulate General, while Peter Shimkin and David Falk of Newmark handled negotiations for landlords Somerset Partners and Meadow Partners. Byrnam Wood and Newmark did not respond to requests for comment.

Due to its proximity to the United Nations campus, 300 East 42nd has been leased by government organizations in the past such as the Cooperation Council for the Arab States of the Gulf, which first took a three-year sublease in 2015, Commercial Observer reported at the time.

More recently, in June, global architecture firm CannonDesign signed a deal for 17,000 square feet on the entire second floor of 300 East 42nd. The 18-story, 237,470-square-foot building was acquired by Somerset and Meadow in August 2019.

Other buildings in Murray Hill and Tudor City area have also benefited from being close to the U.N. The Permanent Mission of the Republic of Slovenia to the United Nations expanded to almost 12,000 square feet at ATCO Properties & Management’s 630 Third Avenue in November.