Government of Saudi Arabia Subleases Out Offices Near United Nations 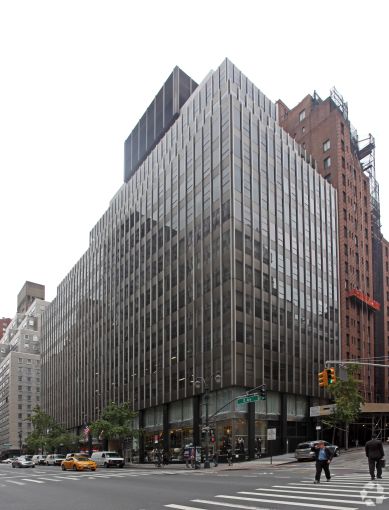 The Cooperation Council for the Arab States of the Gulf (GCC), a political and economic organization that is comprised of Arab countries from the Persian Gulf, will be subleasing space from one of its member states, Commercial Observer has learned.

GCC has signed a full-floor, 16,000-square-foot sublease for three years at 300 East 42nd Street with the government of Saudi Arabia.

ULM Holding Corporation is the landlord of the 18-story office building located between Second Avenue and Tudor City Place, near the United Nations. Asking rent in the 11th-floor sublease was $55 per square foot, according to Gil Robinov of MHP Real Estate Services, who represented both parties in the sublease along with colleague Andrew Arvay.

The GCC has non-member observer status at the UN, meaning it participates by observing the work and sessions of the UN General Assembly, but cannot vote or propose resolutions.

The Saudi Arabian government signed a five-year lease for the office space in 2013, but never moved in. The country’s delegation to the UN maintains an 18,000-square-foot commercial condominium unit at 809 United Nations Plaza.

“They took it in anticipation for them having a seat on the [UN] Security Council,” Mr. Robinov, told CO. “And after they were chosen to have that seat, they turned it down. They didn’t have a use for [the space].”

Mr. Robinov was referring to a move that shocked the world two years ago when Saudi Arabia rejected the non-permanent two-year seat a day after it was selected, citing the lack of “usefulness of a seat” on the council, as the The New York Times reported at the time.

GCC signed the sublease in early December and has already moved into the space, Mr. Robinov said. The organization relocated from offices at One Dag Hammarskjold Plaza at 885 Second Avenue. The 221,479-square-foot office building is also home to offices for the UN, recruiting specialist The Howard-Sloan-Koller Group and accounting firm Lutz and Carr.