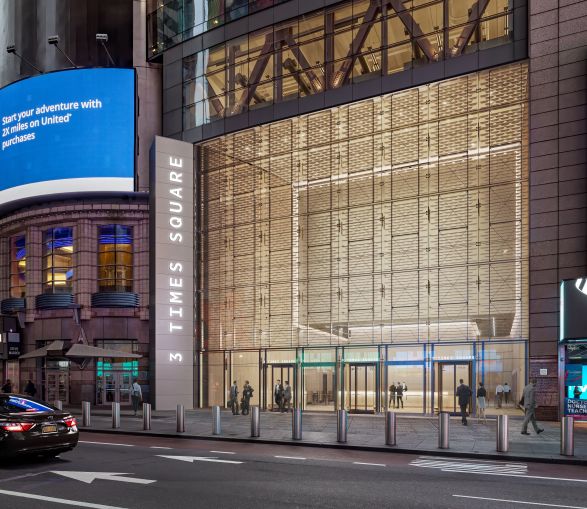 A Paris-based liquor group will soon be in Cointreau of the entire 20th floor at Rudin Management’s 3 Times Square.

Rémy Cointreau, the parent company of cognac brand Rémy Martin and orange liqueur Cointreau, has signed a 10-year, 29,852-square-foot lease to relocate its New York City headquarters from 1290 Avenue of the Americas, Bloomberg first reported. The move is to take place this summer.

A spokesperson for Rudin declined to provide the asking rent.

“With its combination of modern infrastructure, programmable outdoor space, world-class amenities and vibrant location, 3 Times Square is the perfect spot for one of the world’s most celebrated brands,” Michael Rudin, executive vice president of Rudin Management, said in a statement.

Tom Keating of Rudin with Ron Lo Russo of Cushman & Wakefield negotiated on behalf of the landlord, while Peter Sabesan, Richard Selig, Nicholas Markel and Benjamin Grajzgrund of Cresa Global represented Rémy Cointreau in the deal.

C&W did not immediately respond to a request for comment.

“This is an exceptionally designed, sustainable building befitting an internationally renowned company,” Sabesan said in a statement. “The owner and leasing team were flexible and great to work with.”

3 Times Square was built in 2001 as the North American headquarters of Reuters Group and was originally named the Thomson Reuters Building. Rudin began repositioning the building in 2020, enlisting FXCollaborative to design a new lobby, a touchless entry system, a new elevator system and an amenity space on the 16th floor with a dining area, coffee bar, and a conference and event center.

Almost a year ago, Touro College signed a 243,000-square-foot lease to open a new campus in the building, taking over some of the 401,000 square feet that Reuters began exiting in April 2018.