Manhattan’s ‘Commodity’ Office Space Might Be on the Mend 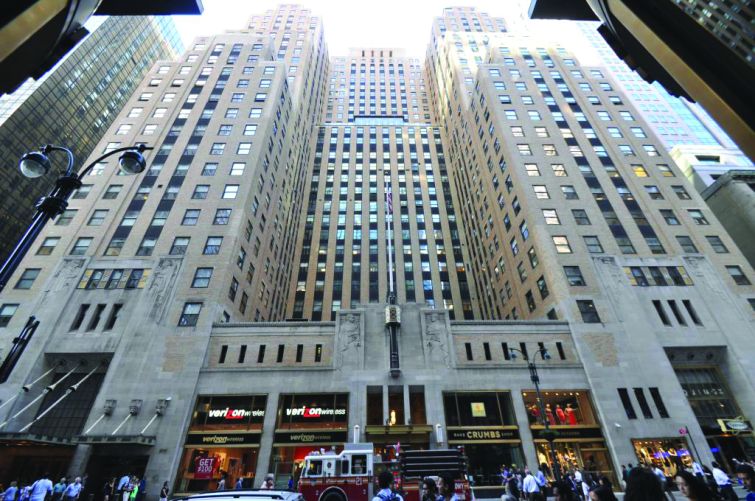 Those who lived through the Great Financial Crisis of 2008 and/or the dot-com bust of 2002 will remember that phrase: the deep and fervent hope that the market would revive and New York would be New York again.

Well, it may just be happening again.

People whose job it is to study the commercial real estate market say they are seeing a revival of leasing activity in the more “commoditized” space, not just the Class A trophy space that heretofore has been the hallmark of the post-pandemic semi-recovery — one that has had owners of Class B and C buildings worried that a comeback at their level might never happen, meaning they will have to consider converting their buildings to another property type, like residential.

Data from real estate services firm CBRE shows that 9.5 million square feet in Manhattan’s so-called “commodity buildings” was leased through three quarters in 2022. That means the market is poised to crash through the 10.2 million square-foot post-pandemic high set last year, and challenge the 16.9 million square feet rented in 2019, the last pre-pandemic year and the one, along with 2018, that Michael Slattery, CBRE research manager, called “some of the best years Manhattan ever had.”

If this momentum continues in 2023, it would put some of the more dire predictions of a more secular change in the New York office market into question. That a good chunk of the market was headed for obsolescence as workers learned they could be just as productive on their laptops and minus their rat-race commutes. New York typically has been viewed as a cyclical market, where things like the financial crisis or the post-9/11 downturns were followed by an even more robust turnaround.

“This year is better than last year,” Slattery said. “Some of the hurdles that we were getting over during COVID, there’s been signs of progress there. That’s good news. When we were in the pandemic, this commodity-type space was not moving at all.”

To be sure, there’s still a lot that has to happen before it’s clear this is a return to the familiar, and for many, profitable New York office market of years ago or just a blip on the way to further turmoil. Slattery himself points out that it’s taking longer to do deals, that players are still being cautious, and that the action in the commodity space has been primarily in parts of the market that are close to mass transit hubs. These include around Grand Central Terminal, Penn Station and Rockefeller Center. Historically pricey areas like the Plaza District have also seen more activity.

This market had better be active, or else the people who own those spaces are going to be in trouble. Just about two-thirds of the expiring square footage in Manhattan from 2023 to 2026 is “commodity” stock, according to CBRE.

This is called commodity space because it’s fairly generic offices, with neither the tall ceilings nor the amenities, nor the locations that mark the most desirable offices in Manhattan. For one thing, none of the buildings CBRE identifies as commodity were built during the current century.

For example, just about none of the offices at Hudson Yards are considered commodity. One Vanderbilt, a new tower just to the west of Grand Central, is not. Nor is 425 Park Avenue, the just-about new skyscraper designed by Norman Foster that is home to the Citadel investment bank. Nor is the under-construction 270 Park, JPMorgan Chase’s future headquarters, also designed by Foster + Partners.

In other words, none of the commodity buildings are involved in New York’s flight to quality — the urge by companies to improve their surroundings and to make it more joyous for their workers to come to the office since most of them now have a choice.

Steven Durels, who as SL Green Realty’s executive vice president is in charge of leasing for New York’s largest office landlord, has been on both sides of the equation. He oversees leasing at One Vanderbilt, arguably New York’s most desirable recently built skyscraper (it opened in late 2020), and at One Madison, a building with a new tower still under construction that investment manager Franklin Templeton will anchor. The company in September leased 347,000 square feet.

SL Green also owns several buildings that could be seen as “one step down” from the trophies, Durels said, like the Graybar Building, 711 Third Avenue, 45 Lexington Avenue, and 100 Park Avenue.

“We’re starting to see some signs that that part of the market is coming back to life,” Durels said. “The narrative for the past year or so has been that there’s been strong activity in the new and trophy class of buildings in Manhattan, and tier two buildings, the buildings that are one step down from the best-in-class, that market has been slow to recover. What we’re seeing is that those tier two buildings, the more cost-sensitive type buildings, are gaining some momentum in the market.”

For SL Green, a revival of its second-tier space is serious business. Marc Holliday, the real estate investment trust’s chief executive, said on the company’s “investor day” earlier this month that the hybrid work model “has persisted far longer than expected” — about the same time it cut its dividend.

What seems to be happening is that tenants who largely rely on less costly space are making the same decision larger more corporate companies are making. That is, even though they want to give their workers more flexibility to work at home or remotely, they also want a space where they can bring people together to impart corporate culture, to ensure people know their assignments and how they tie into the larger whole, and to encourage collaboration and esprit de corps. And, if they can, these companies are shifting from midblock space to corners or avenues, within the tier two or commodity part of the market.

Not everyone is convinced there’s all that much activity in the commodity office space. Franklin Wallach, executive managing director and leader of the New York research team at Colliers, is a skeptic. He noted that even though the options for large tenants looking for 250,000 square feet in Manhattan have ballooned to 41 from 15 two years ago, the tenant looking for just 25,000 square feet or less had more than 5,000 options at the end of the third quarter.

“And,” Wallach said, “that’s not including the larger blocks that can be arguably broken up to accommodate a smaller tenant.”