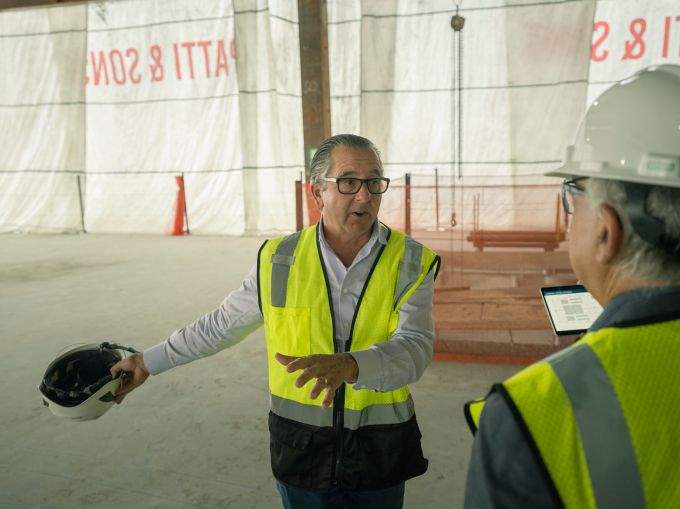 Skyscrapers rising in Manhattan are nothing new, but every successive skyscraper is an expression of its time, including the obsessions and delusions.

In that way, the new 270 Park Avenue is fully within those traditions. The future 1,388-foot, 60-story JPMorgan Chase & Co. headquarters tower will sport a 50-foot-tall lobby with fan columns weighing 350,000 pounds on which the rest of the tower will sit. The support beams are already there; the tower is to open in 2025. (For comparison, the Empire State Building with its spire is 1,454 feet tall.)

JPMorgan won’t say how much it is spending. A price tag of $3 billion has been reported elsewhere.

The tower, designed by the world-renowned Norman Foster, is an expression of the centrality of global investment banks, especially to New York, where finance has always been what oil is to Dallas or Houston, and movies are to Los Angeles. The lobby alone will be something to see, with natural light seeping in from all directions, and the ability to look from Park all the way to Madison Avenue a block away. However you cut it, the JPMorgan Chase headquarters tower and its lobby will be the latest expression of the continued power and importance of New York City’s financial mammoths.

There’s a lot riding on the success of the new 270 Park. For one thing, the site sits between East 47th and East 48th streets, just two blocks north of Grand Central Terminal, so it’s pretty close to the city’s front door.

For another, unlike a lot of new skyscrapers going up, the old 270 Park, built in the late 1950s, had a constituency. Originally called the Union Carbide Building, you could as of press time still find the Municipal Art Society’s testimony on its website urging the City Council to save the building. “At the time of its completion, the Union Carbide Building was the tallest stainless-steel-clad building in the world and Park Avenue’s tallest skyscraper,” MAS President Elizabeth Goldstein said. Also it was designed by Natalie de Blois with Gordon Bunshaft, making it one of the most prominent woman-designed buildings in the world

David Arena, the bank’s global head of real estate, described the old 270 Park, however, as hopelessly outdated. Because it was built in the 1950s, it could not have met the environmental standards the city expects of buildings today. The new No. 270 will house up to 14,000 employees and provide for net-zero carbon emissions.

Of course, whenever a project this massive is undertaken, it’s at the mercy of everything that takes place in the seven years between its conception and completion, which in this case encompasses an entire pandemic and a trend toward working remotely that has especially taken hold in banks.

Arena took time in late July to talk about 270 Park and how the bank has responded to changing times in the financial industry. His remarks have been edited for clarity and length.

Commercial Observer: The world changed in between the planning and the execution of this project. I know at Deutsche Bank, on Columbus Circle, there’s a big outdoor area where you can approve a loan sitting at a picnic table overlooking Central Park. What’s similar here?

David Arena: I’ll give you an interesting story. Yesterday, at lunch, there was me, two guys my age and two guys in their 40s. Me, I’m OK working at home, if I’m not in the office. I have a big study. I mean having kids at home is great. But the two young men, married, they say, “I gotta be in the office. Because my kids run around the house all day long.” Another set will tell you, “I want to learn my craft. I can’t learn my craft at home. I need somebody to be my mentor, to copy.” Another set of people would say, “How do I get promoted if I stay at home?”

The other part is we’re human. We like to be with humans. Lots of studies say people want to be connected.

One of the things we’ve seen is a lot higher attrition. People are moving from job to job. When people are not connected they have no connection to a firm. The employee doesn’t get the benefits of being together. There may always be a class of people who go it alone but that’s not the norm, I don’t believe.

Talk to me a little bit about how this building has evolved in its intent, from the start to whatever you perceive the future to be.

In a lot of ways, it’s the same as it was before. The things that feel important now — employee health, connection to each other, good design, variety of working places — those are all things we’ve been thinking about for 20 years in the real estate business, not new.

So what we did is we went back and debated every decision we made pre-pandemic, to see if we could do better and to center more around four constituencies: shareholders, employees, clients and communities. And the truth is we only did things differently around the margins.

I’ll give you an example: Pre-pandemic, we knew the benefit of fresh air. So this particular building is the only building of its kind at scale that can produce in the environment 40 [cubic feet per minute] of fresh air, which is two times greater than the [American Society of Heating, Refrigerating and Air-Conditioning Engineers] standard. Reason is that, years ago, a guy at Harvard by the name of Joe Allen discovered that fresh air led to greater cognitive ability. And so we have the most advanced air-handling system of its kind for a large skyscraper. And it’s constantly being evaluated.

So you didn’t need a pandemic to tell you that.

Exactly. You didn’t need the pandemic to tell you that people liked community collaboration and coworking. WeWork was a good example. A lot of that same thinking is in our headquarters.

We are finding ways to make work more intentional. So we have workplace ambassadors, community managers, workplace enablers. They are all people who think about how to create energy in the workplace, how to make somebody’s day better, how to make people happier. Really, the idea is to engender a sense of belonging to some organization or community that’s greater than the individual. And people want that. But we were doing that before the pandemic. Maybe we increased it on the margins.

To get loyalty, you have to give loyalty. You have to induce trust. It’s really hard to do when you’re not connected. That’s kind of our philosophy, why we like to have people together.

We treasured the building when we had it, but it was designed in the ’50s, built in the late ’50s. Opened in the early ’60s for 3,600 people [when JPMorgan left, there were more than 6,000 employees in it]; not enough bathrooms, systems that couldn’t adequately support a trading business, and, really, a modern workforce.

So, the first thing, it’s in the right spot. It’s right next to transit.

The second thing is going back to our constituents. From a community point of view, we raised the building up. And the building has 250 percent more public realm space. So it’s got big, double-wide sidewalks on 47th and 48th street. It has a really large public park on Madison Avenue with water features. We’re going to commission artwork, plantings, etc. It will be a great refuge for people in the neighborhood.

On the Park Avenue side, we have a big plaza, a la, say, Seagram’s plaza. That makes you feel great about the neighborhood. We respected the urban context and our neighbors. And it is one of the few buildings where you can see from Park Avenue through to Madison Avenue, from one side through to the other. The building is built to be transparent at the base.

The other thing is that this building is all electric. And all that electricity is bought from a hydroelectric plant in upstate New York. It has zero carbon emissions from operations.

As you know, there’s a big push going on in New York City to have buildings have less of a carbon footprint.

This will have zero carbon emissions. And the former building was not bad at all.

What is the typical ceiling height?

The ceiling height in the old building was somewhere between 8.5 and 9 feet. The newer building will be a little bit higher: 9.5, 10.5 feet, 15.5 on the trading floors.

We invited Deepak Chopra and Danny Meyer to be on the team. Danny Meyer from Union Square Hospitality, and Chopra, I think he’s voted the world’s most respected physician, to help us promote wellness in the building.

Here we will have biophilic design. I thought that was about plants, but it’s really not. Biophilia is design based on humans’ connection to nature. And that can be everything from fractal patterns to materials; the building will have circadian lighting. That’s lighting that mimics the natural light of the sun and the rhythm of the day.

We will have great restaurants, great places for our people to meet and collaborate. They will also double as coworking spaces. So, when people just want to drop in, they will drop in to a great hospitality space.

All the systems will talk to one another. Say David just left the office. Let’s take the temperature down to 75 degrees and save some money and energy there. It will tell you there’s a heat load on one side of the building, so it will close the blinds. So it’ll save lots of energy.

The building is designed for 15,000 people.But it will have 11,000 seats. It’ll have another 2,500 of what I would call flex seats that are built into the hospitality spaces, like cafeterias and restaurants, kind of coworking space. We think we will be at just about 100 percent occupancy just about all the time.

We think we know, but we don’t really know what’s going to happen. We study it, we have an approach, but it’s human behavior at the end. So you need to stay flexible.

As Winston Churchill would have said, “We build, and thereafter our buildings shape us.”