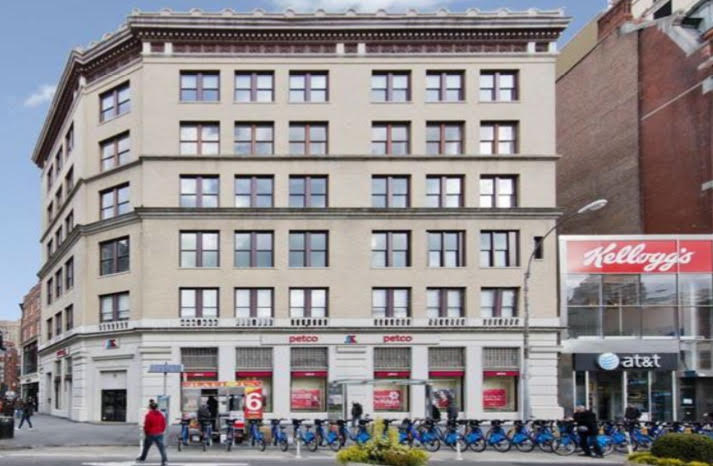 Industrious, which has gotten a foothold in a number of buildings across the five boroughs, signed a 15-year partnership agreement with Gordon Property Group for the entire top floor of the six-story Flatiron District property, according to tenant representative JLL. Industrious will offer clients private offices, shared workspace areas and conference rooms.

The 1926-era building has a bit of history to it as well. It was once home to Andy Warhol’s studio, where the artist would hold court, and a board room on the third floor — now occupied by Kaltura — was Warhol’s workspace, according to Gordon Property Group, which renovated the property in 2019.

“Located in highly accessible Union Square and overlooking the beautiful park, Industrious Union Square on Broadway will offer an idyllic location that suits the complex needs of working

professionals and supports highly distributed companies with a desirable outpost in Manhattan,” Doug Feinberg, senior director of real estate at Industrious, said in a statement.

JLL’s Seth Hecht and Thomas Swartz represented Gordon Property Group in the transaction while Cushman & Wakefield’s Justin Halpern and Ed Wartels handled it for Industrious. C&W did not respond to a request for comment.

Industrious has locations in 65 cities worldwide and has grown 60 percent in the last year, the company said.

Seventeen of those locations are in Washington D.C. with Industrious announcing its latest D.C. outpost in September. The company signed a partnership with Mitsui Fudosan America at The Homer Building, a 460,000-square-foot office property at 601 13th Street NW.

In June, Industrious made another agreement with the Wolfson Group to open a 44,000-square-foot location in the Financial District’s Cunard Building, also known as 25 Broadway, with about 350 seats, CO previously reported. The same building had been vacated by WeWork some months prior.