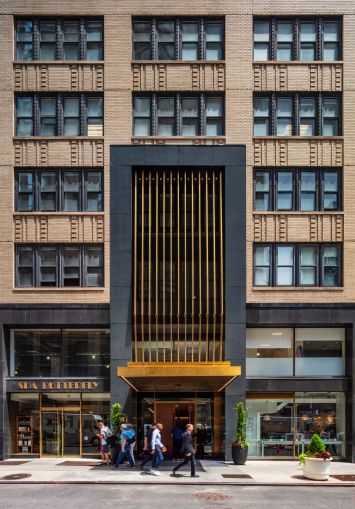 Three financial firms are taking their employees, and their cash, to 10 Grand Central.

In the largest deal, fintech investor Fin Capital inked a five-year deal for 5,212 square feet across the 33rd floor of the building at the corner of Third Avenue and East 44th Street, according to landlord Marx Realty. Asking rent was $99 per square foot, said tenant broker Vicus Partners’ Gabi Koshgarian.

Fin Capital moved from roughly 3,193 square feet at 286 Madison Avenue to Marx Realty’s building, which has an alternative address of 155 East 44th Street, on Nov. 1. The firm jumped on the deal partly because of the property’s classy aesthetics designed by Ely Jacques Kahn, Koshgarian said.

“They wanted an experience for their employees and investors and this is exactly that,” Koshgarian said. “The lobby is beautiful, the tenant amenity center is beautiful [and] they loved that it was in such close proximity to Grand Central because a couple of the partners come in from Grand Central.”

JLL’s Mitchell Konsker, Simon Landmann, Kyle Young, Carlee Palmer and Thomas Swartz handled the deal for the landlord. A spokesperson for JLL did not immediately respond to a request for comment.

Fin Capital isn’t the only financial firm moving to the 359,000-square-foot tower. Fund manager DIF Capital Partners inked a lease for 3,745 square feet on the 23rd floor while venture capital firm Colibri Equity Ventures signed on for 2,915 square feet on that same floor.

Marx did not immediately disclose the length of the leases but said asking rents for both ranged from $87 to $99 per square foot.

CBRE’s Anthony Manginelli and Jeff Kilimnick represented DIF Capital while JLL’s Palmer handled Colibri Equity’s deal. A spokesperson for CBRE did not immediately respond to a request for comment.