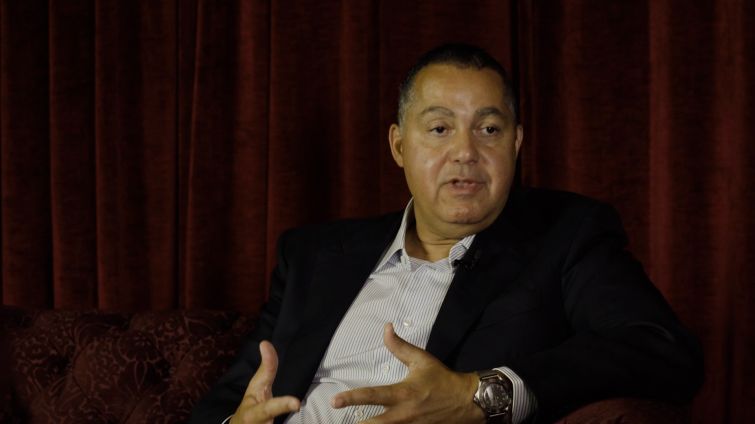 Don Peebles during the forum.

Diversity, equity and inclusion (DEI) is on the mind — and the sites — of real estate developers.

During Commercial Observer’s National Diversity & Inclusion Forum, “Creating Access Through Transparency,” industry experts analyzed DEI efforts, progress and barriers. Held virtually on Nov. 3, the event outlined systemic roadblocks to diversifying the industry. Panelists highlighted historic limitations such as access to capital and access to mentorship. Underlying each conversation was the theme of accessibility, which resounded as a major impediment to — and subsequent opportunity for — greater diversity.

Cunningham hosted the forum, which opened with a fireside chat. Jennifer Recine, partner at law firm Kasowitz Benson Torres, facilitated a conversation with Don Peebles, founder, chairman and CEO of The Peebles Corporation.

Though the event was virtual, Peebles and Recine chatted from Miami’s The Bath Club. The South Florida social venue exemplifies real estate’s historic homogeneity and systemic racism. For years, The Bath Club was restricted, meaning it refused entry to minorities, particularly Blacks and Jews.

In 1996, however, Peebles became the club’s first Black member. He later bought and redeveloped the building, designating the clubhouse as a historic landmark.

“I did it because I thought it was important that we always have conversations like this,” said Peebles. “People will ask about the history of this building, and then they can be reminded about how this club started based on antisemitism and racism.”

That reminder, Peebles hopes, will reduce the likelihood of future acts of discrimination. The Bath Club epitomizes progress, but also serves as a reminder of how society has long discriminated against certain religions and races.

To further circumvent these historical inequalities, Peebles has set his sights high — literally. His focus on diversifying real estate manifests through Affirmation Tower, a skyscraper proposed for development on Manhattan’s Site K. The tower would boast two hotels, offices and an observation deck, among other amenities. Once completed, the building would rise more than 1,600 feet in the air, solidifying itself as one of the Western Hemisphere’s tallest skyscrapers.

While these are obvious feats, perhaps the tower’s true victory is in the message it sends. Thirty-five of the tower’s construction contracts would be with women- and minority-owned businesses. The tower essentially represents a coalition of inclusiveness, said Peebles, setting the tone for New York’s diversity, economic opportunity and resiliency.

Although New York City is one of the most diverse places in America, Affirmation Tower would be New York City’s first ever Black-built skyscraper. That statistic indicates systemic impediments to opportunities, said Peebles, and highlights just one way in which diversity can improve a city’s landscape.

“Inclusivity is the pathway to excellence and also a better society,” said Peebles.“And we only develop in environments that are conducive for that and communities that respect and appreciate and embrace diversity.”

The commercial real estate industry has surely made strides toward diversity, but systemic barriers continue to pose limitations. A major cornerstone for equity is access to opportunity, which remains stalled by access to capital. Right now, about $80 trillion of capital is invested in private equity and venture capital. Yet of that $80 trillion, less than 1.3 percent is invested in firms run or owned by women and people of color combined. Capital needs to take risks with minority businesses the same way it does for everyone else, said Peebles.

“You can’t guarantee outcome, but we should certainly be in a place where we can guarantee opportunity,” said Peebles.

“I think the issues with access and capital are endemic within the entire industry,” said Qadir, noting that real estate is an industry of partnerships. Networking, as well as data and technology, can highlight avenues for access to capital — and open doors that may otherwise go unnoticed.

“If you’re not continually building a network and creating partnerships … then it will always be a challenge for you to find where opportunity may be and who may be out there who could be an ally,” echoed McIntyre.

Networks, however, are not evenly distributed, as communities tend to form via educational backgrounds. Qadir received funding, for example, from MIT and Columbia, his alma maters. If you’re not included in an exclusive network of such universities, it can be challenging to raise money.

Other networks, however, may yield similar outcomes; McIntyre recommends organizations like REEC, while Rapaport points to information-sharing and mentorship opportunities for the next generation. Such networks offer assistance and information, but still require intentional and deliberate outreach.

“Opportunity doesn’t necessarily just knock on the door or walk into your room,” said McIntyre. “It is something that is the result of your actions, of your intentionality toward finding it. And the more people you let know that you’re capable, qualified and seeking, the more you’ll get that back in terms of information.”

Few students know about jobs that exist in real estate, said Bobo. Finding a clear path is challenging, so Project Destined is creating a pathway to inform and educate, beginning with ninth graders. The platform exposes students to real estate deals within their own neighborhoods and provides them with mentorship opportunities that continue through college.

Many of Project Destined’s students have put in 45 hours of training, resulting in more than 500 mentors on deck to share their expertise. Leaders in real estate love talking about deals, said Bobo, and discussing the industry’s ins and outs may come more naturally than talking about DEI. Putting students on teams backed by companies therefore yields hands-on instruction, connecting young people with industry leaders on candid ground.

“The hidden secret about real estate is this isn’t that hard,” said Fishel. “It’s not that complicated. It’s just not intuitive, so this expertise that we have is a byproduct of mentorship and repetition.”

The panelists agreed that DEI is critical not only for moral reasons but also for business successes. DEI represents a healthy evolution for a company, said Lahens, while Pryor pointed to the statistics. A 2015 McKinsey report showed that companies with greater gender diversity financially outperform their peers by 15 percent. Meanwhile, companies with greater racial and ethnic representation outdo their competitors by 35 percent.

DEI metrics, however, continue to present a challenge, exposing one area for improvement. Firms may be hesitant to share data that could potentially expose their vulnerabilities. Yet data is what ultimately yields transparency; the more information you share, the better you can build alignment and understand where you stand, said Pryor.

“You just have to be open with your data and know that it’s a starting point,” suggested Pryor. “Or it’s where you are today; it’s not where you’re going to end up.”