‘True equality is the ability to either fail or be mediocre.’ 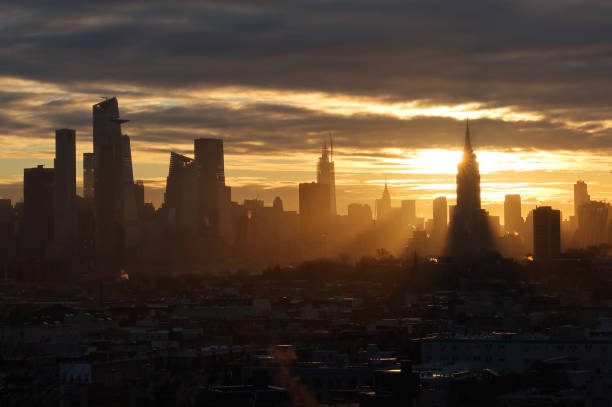 It’s no secret that white men have historically dominated commercial real estate. But in the wake of 2020’s social justice upheaval, the industry has begun to take proactive steps toward broadening minority voices — voices that can be elevated by deliberate and strategic business initiatives.

At CO’s “Fall Diversity and Inclusion Forum,” moderated by Co-Deputy and Finance Editor Cathy Cunningham, real estate experts outlined the need to reassemble and re-evaluate common industry practices. In the forum’s first discussion “Leadership Taking a Stand: Discussing the CEO Action Pledge & What It Means for Corporate DEI,” Carrie Spell-Hansson, CEO of consultancy The Folke Institute, moderated a conversation about how company leaders should facilitate opportunities for marginalized talent.

“First of all, change starts at the top,” said panelist Tammy Jones, chief executive officer at Basis Investment Group. Jones noted that leadership, especially that at the board level, should set the precedent for inclusivity, while recommending that companies consider diverse talent at all stages of a project. “It’s not just about hiring and employment… This real estate industry is always about joint ventures and partnerships.”

Jones pointed to the statistics: White men hold 78 percent of senior and executive-level jobs in the industry. Improving this breakdown isn’t a mere matter of changing the numbers or fulfilling quotas, however. Rather, the process of creating an inclusive environment is long term, requiring a critical examination of how companies operate at each level of business.

To achieve such progress, companies should begin by developing corporate plans for diversity the same way they would any other initiative: with strategy, methods for accountability, and performance metrics that break down barriers to entry. As real estate is a people-based industry that relies heavily on networking and communication, the window for new and diverse talent is narrow, even narrower for talent with a historical lack of access.

“You do have to be proactive about [furthering diversity],” Nia said. “You can’t be reactive to it. … I’m a huge believer in looking for talent in hard-to-find places.”

Inclusive partnerships are crucial not only from a moral standpoint but also from an economic one.

“You need a diverse team to be able to work with diverse clients,” Vincent Toye, head of agency and off-balance sheet lending at JPMorgan Chase, said during the second panel, “Understanding the Infrastructure of Equity & How CRE Can Accelerate Greater Opportunity.” “If everyone’s coming to do their business from the same perspective,” Toye said, “you’re not going to move forward.”

Maxine Carrington, senior vice president and chief human resources officer at Northwell Health, cited the real estate industry’s “evidence-based culture” as one that seeks direct outcomes from each business initiative. Because real estate directly affects places, a diverse team is more likely to understand and relate to people who live in those places, and therefore yield greater economic success.

“Real estate is the intersection of people and place,” said Lisa Gomez, L + M Development Partner’s chief operating officer. “And, in the world of affordable housing, it’s really important that we meet the communities where they are.”

This stance deviates from the stereotype of what Gomez called “the evil real estate developer,” where developers swoop into places and undermine the fabric of existing communities. Instead, developers must be able to speak to the needs of their tenants and work with communities, rather than override them.

“In order to get to truly equitable development, you need an ecosystem of partners from the public sector, the private sector, nonprofits, etc., who are all pulling from their side of the rope in the same direction at the same time for a sustained period,” said Morgan Malone, Farpoint Development’s director of development and external affairs, before noting that community members should be involved in the process.

Their conversation focused on the systemic issues holding back minorities — namely women and people of color — from getting their careers off the ground. The most significant barrier to entry comes in the form of access to capital, they agreed.

Of the $69 trillion invested in private equity and venture capital, “less than 1.3 percent of that $69 trillion is invested in firms run or owned by women and people of color combined,” Peebles said. He added that this statistic doesn’t indicate ability but rather reflects the systemic discrimination that has limited the opportunities available to people of color and to women.

“Numbers matter,” echoed Simmons, noting that change comes from re-evaluating biases that have become autopilot for companies stuck in their ways. Barriers that have historically existed continue to impact the present-day industry, and without a proactive — and conscious — restructuring, change won’t happen.

“Yes, there’s blatant racism. Yes, there are systemic issues. But it’s also unconscious bias,” said Edwards. “I think we have to find solutions for all three.”

Finding these solutions has the potential to nurture new voices, but it could also create a safety net should early-stage careers fail. As the real estate industry has an entrepreneurial element, careers come with their fair share of trial and error, a standard for many new ventures. Setbacks are therefore necessary for growth, the panelists agreed, yet failure is not a luxury often afforded to minorities, who run the risk of losing another chance or being stigmatized.

“True equality is the ability to either fail or be mediocre,” Simmons said.

Yet the industry’s entrepreneurial element isn’t all negative, as commercial real estate’s lack of structure and emphasis on hard work lowers common barriers to entry such as fancy degrees, connections and the like. Peebles cited his own rise-to-success story as the result of diligence, creative thinking and access to capital.