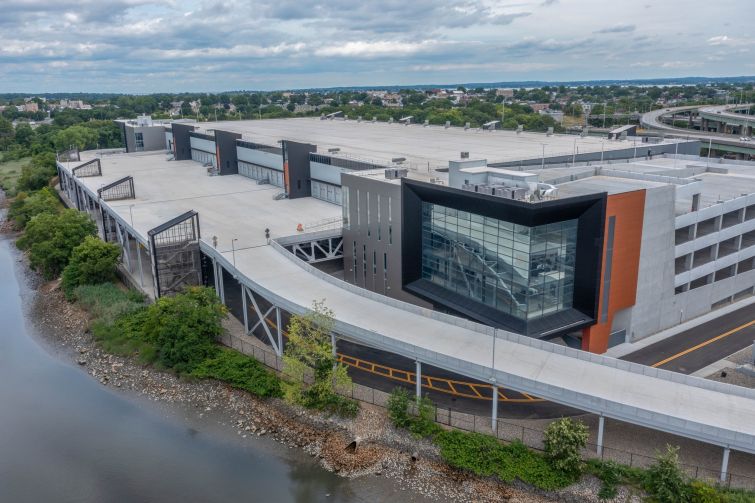 Despite Amazon canceling warehouse openings or buying its own spots, the e-commerce giant continues to gobble up industrial space and recently landed a deal for 568,500 square feet at 2505 Bruckner Boulevard in the Bronx.

The company took over half of the recently completed 1.07 million-square-foot facility developed by Innovo Property Group and Square Mile Capital Management as industrial inventory has become increasingly scarce throughout the pandemic, The Real Deal reported.

Landlord brokers JLL originally announced the deal last week but declined to provide the terms of the deal or the tenant name. It’s unclear who represented Amazon, and a spokesperson for the company did not immediately respond to a request for comment.

Amazon’s other major facilities in the five boroughs also include a 400,000-square-foot building at 640 Columbia Street which recently sold for $330 million to CBRE Investment Management and the 85,000-square-foot 55 Bay Street, both in Red Hook, Brooklyn.

The facility’s location gives Amazon the ability to serve up to 9.4 million people within a 15-mile radius and gives it easy access to the Cross Bronx Expressway, Hutchinson River Parkway and the Bruckner Expressway, according to JLL.

“Tenants seeking to service the region’s massive consumer base continue to search for last-mile logistics space that takes the guessing out of delivery, and we are already seeing a great deal of interest in the remaining space available at 2505 Bruckner Boulevard,” JLL’s Leslie Lanne, who represented the landlords with colleague Rob Kossar, said in a statement.

Amazon has been industrial’s favorite tenant in the past few years as its dominance of the e-commerce market left it with a vast need for fulfillment space. But in recent months it has switched its strategy to mainly buying its own industrial properties rather than lease them out. Earlier this year, Amazon pulled the plug or delayed opening 49 delivery processing facilities around the country.