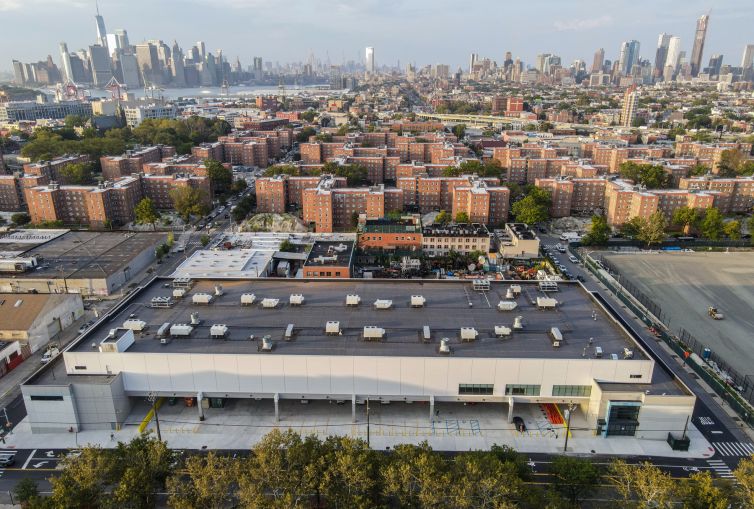 Brookfield’s spokespeople declined to comment on the transaction, but the real estate investment firm closed on the acquisition of the 99-year ground lease for the 85,000-square-foot warehouse on Thursday, according to DH Property.

Hertz acquired the site between Hicks and Creamer streets, across from Red Hook Park, via a 99-year ground lease in May of 2018. Aaron Malitzky, an executive vice president at DH Property, said that the annual ground lease payments were in the $800,000s and valued the overall ground lease at $125 million or $130 million.

The company broke ground on a new warehouse at the 88,000-square-foot industrial property at the end of 2019. During construction, Amazon approached it about leasing the entire warehouse and turning it into a cold storage and distribution facility for its Amazon Fresh grocery delivery service.

Amazon’s lease began in November 2020, but DH only finished construction on the warehouse in September. The e-commerce giant started delivering groceries out of the warehouse soon after work was completed.

“Today’s tremendous demand for industrial and the complete lack of newly constructed Class A industrial development in the boroughs made a sale very attractive,” Hertz said. “Brookfield approached us through Rob Kossar from JLL.”

He added that while the contract was signed in November 2020, the closure of the sale was contingent on Hertz and his crew finishing construction on the building.

Kossar brokered the deal, along with his JLL team of Leslie Lanne and Jeremy Liebler.

Hertz’s company is also working on a 336,000-square-foot warehouse down the block at 640 Columbia Street — which was leased to Amazon earlier this year — and another 1.5 million square feet of warehouse space at Sunset Industrial Park, between 19th and 21st streets and Third Avenue and the waterfront in Sunset Park.