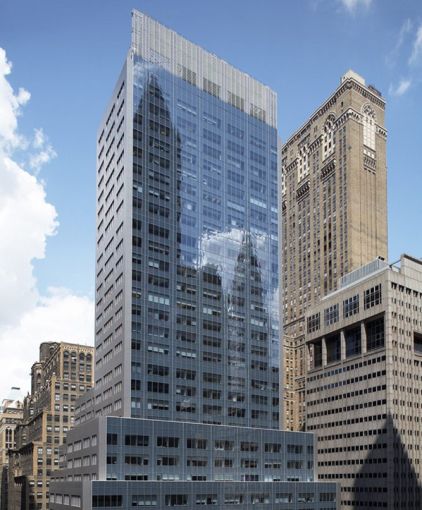 Construction giant AECOM plans to stick around at SL Green Realty’s 100 Park Avenue, but in much smaller digs, Commercial Observer has learned.

The Dallas-based firm renewed 45,000 square feet across the fifth floor of the 36-story tower for another 10 years, according to the landlord. The deal, however, covers less than half of the 108,631 square feet AECOM previously leased at the building.

Asking rent was $65 per square foot in the renewal, according to SL Green.

AECOM moved into the fifth, sixth, 18th and 19th floors of the building between East 40th and East 41st streets after signing a 12-year deal in 2010, consolidating its offices from a handful of locations in New York City, GlobeSt reported. Now, it seems AECOM has joined a host of companies that have recently cut space.

SL Green lists roughly 63,000 square feet as available for lease across two of AECOM’s previous floors, the sixth and 19th, with occupancy available starting in January 2023, according to SL Green’s website. SL declined to say if AECOM downsized, and a spokesperson for AECOM did not immediately respond to a request for comment.

Cushman & Wakefield’s Robert Lowe and Paige Engeldrum represented AECOM in the deal while SL Green handled it in-house. Lowe and Engeldrum did not immediately respond to requests for comment.

“We’re proud to extend our relationship with our longtime partner AECOM,” Steven Durels, SL Green’s director of leasing and real property, said in a statement. “100 Park Avenue’s convenient proximity to Grand Central Terminal represents one of the best alternatives in the market for office tenants seeking high-quality space with extraordinary commuter convenience.”