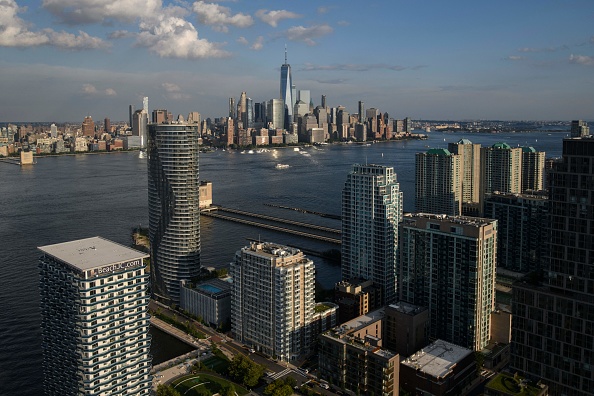 All over creation, the imperatives of the post-COVID office market are taking hold. That includes a lingering second look at suburban office markets, long a less desirable alternative to snazzier central business districts.

Except relatively few companies are lingering over New York’s New Jersey suburbs. Not yet at least.

“Over the last two-plus years, when workspaces were virtually shut down, office space users have really struggled in terms of what their future needs are going to be,” said Matt Giffune, co-founder of Occupier, a transaction and portfolio management software firm that helps commercial tenants manage their real estate footprint. “How that has impacted the suburban office building stock has been positive. You’ve seen this massive shift in employee expectations to be able to work wherever they want. And most companies are still struggling with how strong they want to mandate coming back to the central business district.

“There’s this concept of de-densification of the headquarters location, and a shift towards spreading out the footprint into markets that are closer to the employee,” Giffune said.

In a place like Wellesley, Mass., just outside Boston, there’s what the Boston Globe called in an August story a “real estate renaissance” going on, as well as in other western suburbs of New England’s largest city. Rents across Boston and its suburbs are now around $26 a square foot, the highest since the dot-com era, the Globe said, quoting the real estate firm Colliers International. The newspaper credits a population shift from the city to the suburbs, and the desire of the newly settled to work closer to where they live.

Also in August, the government of Singapore’s sovereign wealth fund announced a partnership with the Boca Raton, Fla., real estate investment firm Workspace Property Trust that bought stakes in 53 suburban office properties nationwide totaling about 18 million square feet, valuing the portfolio at $1.1 billion. Workspace’s public relations contractor said none of the buildings was in the New York area, or in the Northeast for that matter, and said it could not make executives available to explain its thinking. Also the Singapore fund’s commercial real estate arm, GIC Pte. LTD, did not return a phone call.

Life sciences is a catchall phrase for a diversity of companies, many of them started in the last 10 years, that explore living organisms for characteristics that help humankind, including with its health and wellness. Many jurisdictions are vying to create labs and other support facilities for such companies, the most successful of which boast exponential growth projections. A health life sciences locale needs some preconditions, including research universities that turn out an eager workforce.

“Your point is right on,” Merin said about the life sciences difference between New Jersey and Greater Boston. “The hot property type today in the office sector is medical or biotech research. Boston is clearly an established market, with all its universities and its young population. Physically the market is limited, so you’re starting to see a ripple effect into its suburbs.”

New Jersey has a lot of headquarters and research facilities for a lot of the traditional pharmaceutical sector. “New Jersey was once called the medicine chest of the world,” he said. “Big Pharma still has large campuses in New Jersey. But they’re downsizing.”

The positive for the state is that a lot of the strongest life sciences startups were trained in New Jersey’s pharmaceutical sector, and are now going out on their own. “There is a growth industry there,” Merin said. “The problem is we really don’t have a research hub. We’re trying to address it. But we really haven’t seen a massing in these locations yet.”

Statistically, any positive momentum seen in New Jersey’s office sector has been muted and sluggish. For example, the availability rate for northern and central Jersey in the second quarter was 24.2 percent, down only 10 basis points from a year ago. If the Midtown Manhattan availability rate — 17.6 percent in September — ever hit 24 percent, people would be donning black.

The third quarter is nearly over, and the next quarterly reports for suburban New Jersey should be more of the same, Merin said.

“The net-net of it is not too positive. It’s pretty flat,” Merin said in an interview late last week. “A lot of corporations are still waiting to see what the long-term effects are of people wanting to work from home.”

In the New York area, he said, the office market’s biggest beneficiaries of the population shift to the suburbs have been Greenwich and Stamford, Conn., both affluent towns filled with financial executives who found it easier to work from home than other folks.

Jeff Babikian, a CBRE vice chairman and one of the Garden State’s most active brokers, whose territory runs from Princeton to New York’s Rockland County, said property owners there have been reluctant to spend what it would take to make the market attractive for “satellite” offices without assurance that tenants would stay.

“We’re finding that many of the CFOs of the larger companies are concerned with economic uncertainty, we don’t know what impact (the expected recession) is going to have,” he said. “And the second item they’re concerned with is the post-pandemic effect on the workforce.”

The office availability rate along the waterfront, including Jersey City and Hoboken, was about 26 percent in the second quarter. The availability rate in Parsippany, the state’s quintessential suburban market dependent on office parks and campuses accessible only by highway, was 33 percent, in keeping with a longstanding weakness brought on by the attraction of urban skyscrapers in the pre-pandemic years. Newark’s office availability rate was 18 percent — close to Manhattan’s, in fact, but not even.

According to CBRE, second-quarter rents averaged $43.18 a square foot on Jersey’s waterfront,  $27.94 in Parsippany, and $30.66 in Newark. For the New Jersey market overall, the average asking rent was flat quarter to quarter — at $28.63 — but at least up 3 percent from the second quarter of 2021. Office rents in Northern Jersey specifically averaged only slightly higher, at $29.04 a square feet.

New Jersey reacted to the pandemic the same way Manhattan did, with mass transit-dependent markets like the waterfront and Newark suffering disproportionately, as office use density plummeted. In places like Parsippany, demand suffered, as markets that were already contending with soft demand got even worse.

“Other than a few select requirements, the pandemic has slowed down demand,” he said. “We’re very far from equilibrium.”

Babikian said he saw some future positives in Morristown and other New Jersey cities that combine attractive office buildings with “an urban flair.” That includes, “believe it or not, Newark,” Babikian said, pointing to its “young, educated demographics and affordable living.”