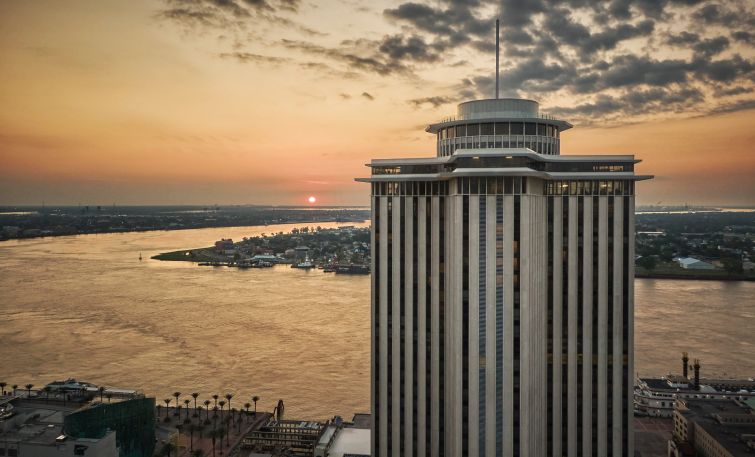 MRC’s loan will fund the completion of the asset’s renovation.

“The Four Seasons New Orleans is well positioned along the Mississippi River, between the French Quarter and Central Business Districts, to capitalize on the demand from New Orleans’ robust tourism market and expanding business district,” Josh Zegen, managing principal and co-founder of MRC, said.

MRC is no stranger to Four Seasons assets, and this deal completes a lending hat trick. In July 2021, the firm provided a $105 million loan to Fort Partners for the acquisition and renovation of the Four Seasons Hotel Miami. The deal followed a $210 million MRC loan to the same sponsor in 2019 for its construction of the 22-story Four Seasons Hotel and Private Residences Fort Lauderdale.

“We are pleased to leverage our familiarity with the Four Seasons brand to deliver a timely and customized financing solution to an experienced borrower group for a well-recognized New Orleans landmark with exciting cultural attractions,” Zegen added.

The 341-key hotel, at 2 Canal Street, is part of a 33-story mixed-use tower with 92 condominium units on the top floors, roughly half of which are now sold.  In July 2021, the penthouse sold for just under $13 million, according to the Wall Street Journal.

The property will include event space, two restaurants, an outdoor pool and private gardens. It’s also home to Vue Orleans, a 360-degree observation deck with panoramic views of the city.

The Four Seasons sits in a prime location roughly 20 minutes from the city’s two airports. Geared to meet the needs of various visitors to The Big Easy, the hotel sits close to the Ernest N. Morial Convention Center for business travelers and the Caesars Superdome and Smoothie King Center for sports fans.

“Madison Realty Capital has significant expertise investing in Four Seasons projects, and we are pleased with their team’s ability to work quickly and provide certainty of execution,” Richard Friedman, president and CEO of Carpenter & Company, said in prepared remarks. “We look forward to moving to the next stage of this exciting project as we raise the hotel quality bar in New Orleans.”