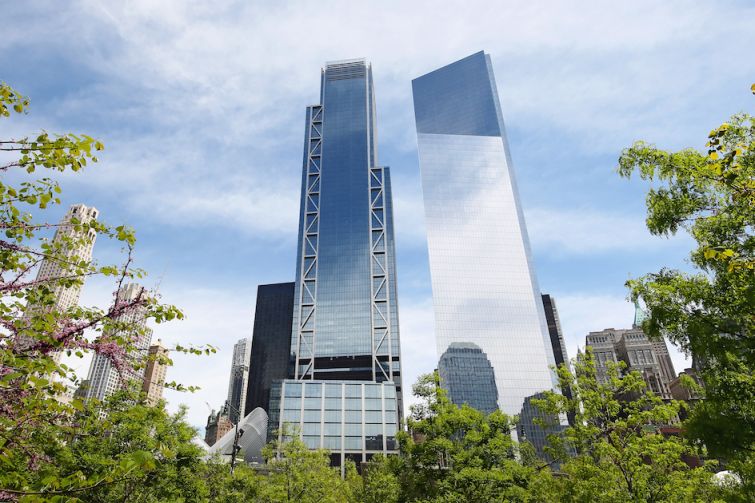 This law firm is seeking Fresh(er)fields for higher yields.

Freshfields Bruckhaus Deringer will vacate its current Midtown offices at Boston Properties-owned 601 Lexington Avenue for a larger footprint on floors 51 through 54 of the Financial District tower by early 2024.

“Three World Trade Center is one of the most technologically advanced, sustainable and transit-oriented buildings in the country,” Olivia Radin, Freshfields’ New York office managing partner, said in a statement. “The space in this impressive tower will match the excellence that Freshfields delivers for our people and our clients every day.”

The London-based law firm continues to expand in the U.S. and reached capacity at its 110,000-square-foot digs at, which it moved to in 2011. A spokesperson for Freshfields Bruckhaus Deringer said the asking rent was over $100 per square foot.

“We conducted an extremely disciplined process and examined best-in-class options reflective of Freshfields’ culture, brand, and vision for the firm’s future,” Goldstein said in a statement. “Three World Trade Center will provide Freshfields with a state-of-the art environment in one of Manhattan’s newest Class-A office developments, as well as unmatched access to centrally located transportation options and modern-day amenities.”

Other tenants in the building include Uber — which leases five floors in a distinct New York City-themed space — and Hudson River Trading which expanded its offices by 75,207 square feet, bringing its total footprint to 211,207 square feet, Commercial Observer previously reported.

But don’t feel too sorry for Boston Properties just yet; its landed some deals of its own at 601 Lexington recently with Blackstone expanding to 300,000 square feet in April and it refinanced the 59-story office tower in December 2021 with $1 billion in loans from Wells Fargo, Deutsche Bank, Morgan Stanley and Citigroup.