Uber’s 3 World Trade Center Office Leans on — What Else? — Transportation

The tech firm consolidated into five floors at the skyscraper 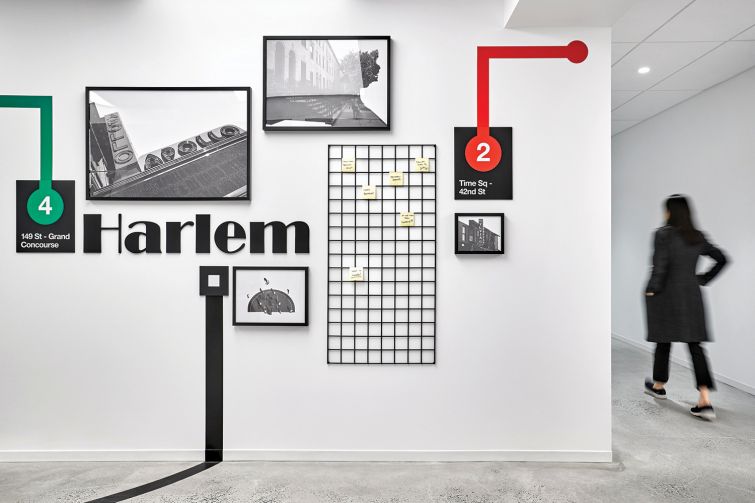 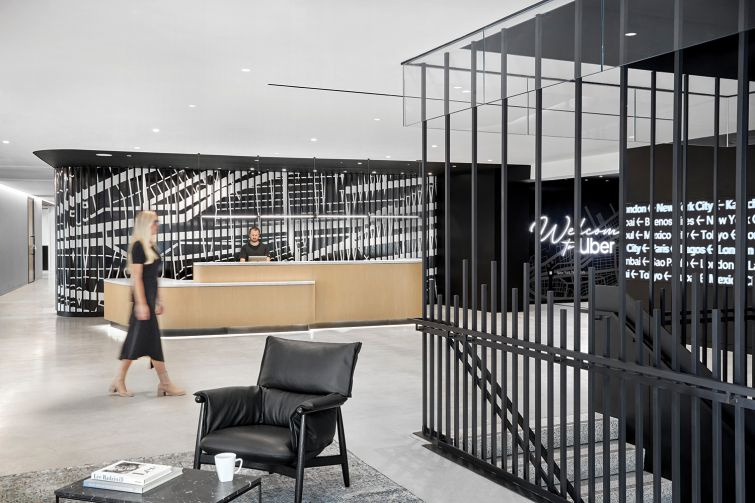 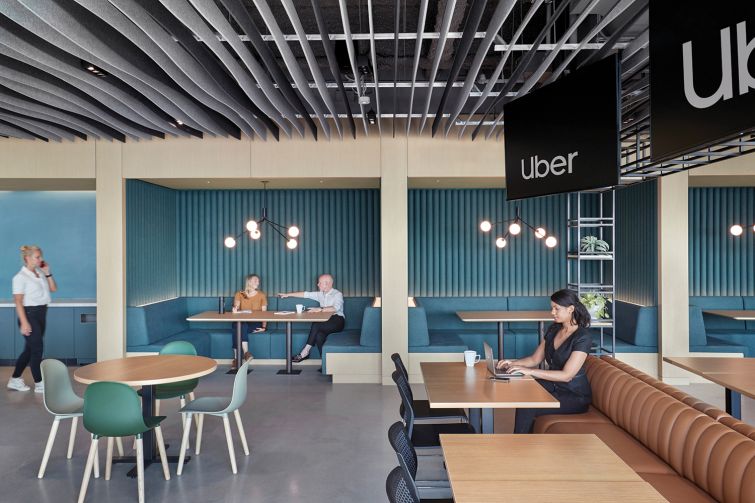 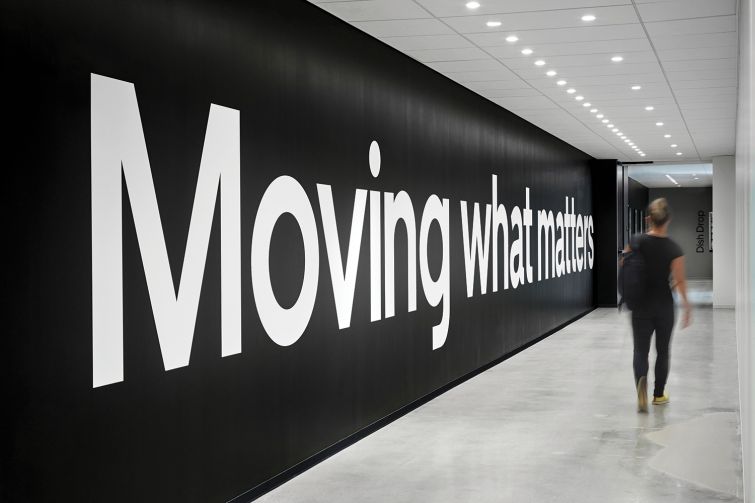 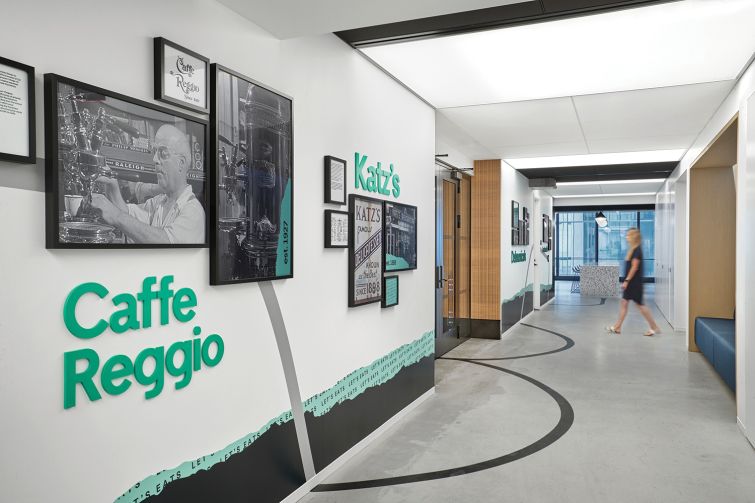 When Uber decided to consolidate three offices under one roof at 3 World Trade Center, it wanted to prove its New York City bonafides by theming each of its floors around different aspects of the five boroughs, mixing restaurants, modes of transportation and neighborhoods.

The tech company worked with Interior Architects’ Jeonghwa Jo to design four of its five floors around a distinct form of transportation, including ferries, air travel, biking and the subway. The 220,000-square-foot space welcomes visitors with an abstracted black-and-white map of New York City on the wall in the elevator lobby and the reception area on the 47th floor, which also has two open lounge areas dotted with orange and brown midcentury couches. Across from the reception desk is a black staircase surrounded by thin black bars and topped with a mirrored ceiling, to help create a sense of movement.

Downstairs is the main amenity floor, which includes a gym with a separate group workout classroom, a cafeteria with a rotating daily menu, a large cafe area that can double as a town hall meeting space, and a large meeting room that can be converted into smaller conference rooms with a movable wall. The corridors on this floor are themed around the idea of cycling between classic New York City restaurants, with photos from Sylvia’s, Caffe Reggio and Sardi’s, because it houses offices for the company’s Uber Eats platform.

The 43rd floor includes a main corridor designed with subway-stop graphics — including St. George and Tottenville on Staten Island, Fourth Avenue and Ninth Street in Brooklyn, and 149th Street-Grand Concourse in the Bronx — along with historic photos of those areas. A black line along the concrete terrazzo floor connects the various “stops” and helps employees navigate to important areas on the floor. Scattered among the small conference rooms on this level is a hidden lounge known as a “speakeasy” that features a “Do not enter” sign on the door. Another semi-hidden meeting room, the “Seaport Lounge,” has a blown-up, blurred photo of New York Harbor and corrugated metal walls.

Naturally, the ferry-themed floor has graphics depicting landmarks and notable buildings along the New York City skyline, including the Statue of Liberty, the Staten Island Ferry Terminal, the Brooklyn Bridge and the Frank Gehry-designed 8 Spruce tower. There’s also a meditation room painted in calming blue tones and a Broadway-inspired game room with a wall of smoked glass and a green wall adorned with architectural medallions.

Finally, the last floor is airport-themed, with graphics depicting overhead views and vintage photos of John F. Kennedy and LaGuardia airports. The main work areas across all of these floors include open desks and benches arrayed around a core of smaller meeting rooms, conference rooms and phone booths.

All told, the offices are meant to hold about 2,000 employees. But there are typically between 550 to 650 workers there on any given day, as Uber now allows employees to work 50 percent of their hours out of the office.