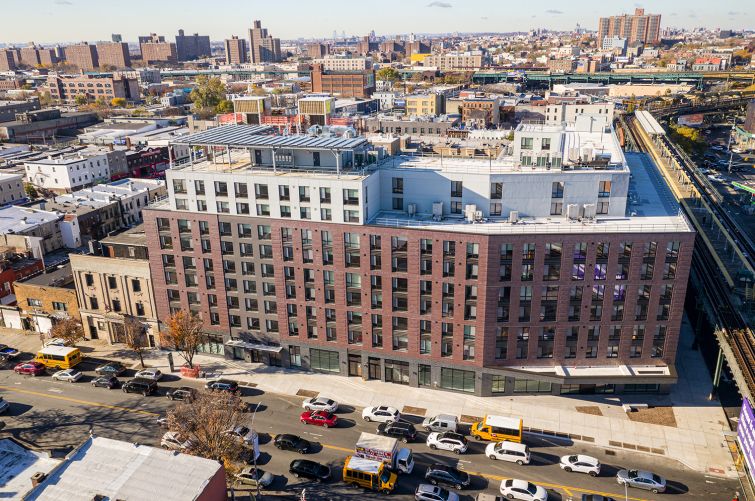 East New York will get a new Fine Fare Supermarkets location at 50 Pennsylvania Avenue thanks to a city program seeking to bring grocery options to food deserts like the Brooklyn neighborhood.

The grocery store signed a 25-year lease for 20,000 square feet in the new development by Pennrose Holdings under the Food Retail Expansion to Support Health (FRESH) program, which offers zoning incentives and financial benefits to developers offering these amenities in underserved communities, which The Real Deal originally reported would be a Key Food.

The development at 50 Pennsylvania, which has about 218 residential units, cost Pennrose $106 million to build and was completed in December 2021, according to the firm. Pennrose noted in its portfolio listing for the asset that the plan from the beginning was to address Brooklyn Community Board 5’s 2018 list of needs for the neighborhood, which included affordable housing and access to healthy food choices through mixed-use development projects.

Developers in recent years have been adding grocery stores to developments to follow through on input from local residents.

Lidl, for example, just inked a 25,000-square-foot lease to move in at William Macklowe Company and Senlac Ridge Partners’ mixed-use project at 120 Fifth Avenue in Brooklyn’s Park Slope. The spot was formerly occupied by Key Food, but in the redevelopment outspoken members of the community demanded an affordable grocery store, Commercial Observer recently reported.

Update: This story has been updated to show that Fine Fare Supermarkets, not Key Food, signed the lease.