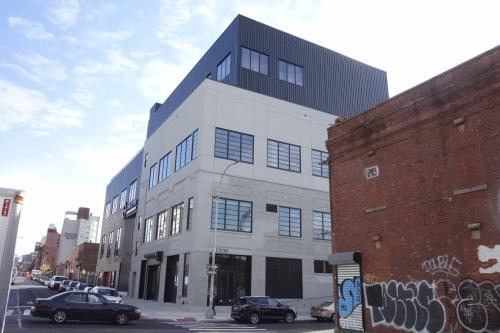 Online children’s consignment store Goodbuy Gear is moving into a building at 244 Butler Street in Gowanus, Brooklyn, establishing what will be its sixth brick-and-mortar location in the U.S.

The company signed a 6,500-square-foot lease with landlord Atkins & Breskin for the space, which had an asking rent of $50 per square foot, according to tenant broker CBRE. The firm declined to disclose the length of the lease.

Jon Kamali and Jeremy Kamali of J3K Real Estate represented the landlord in the deal.

Jon Kamali, who represented the landlord with Jeremey Kamali, told Commercial Observer that the space worked for the tenant because of the attached parking garage, which will allow GoodBuy to can dispatch its fleet of vans to pick up goods donated by area parents offloading unused or no longer needed baby items and and sell them out of the retail side of the space.

The recent Gowanus rezoning has declared open season on spaces like 244 Butler as developers have begun building up, making them much harder for commercial tenants to lease.

“Landlords here were always reluctant to give a potential too [long of a] term to commercial tenants due to the potential of the rezoning,” Kamali said in an email. “Now that it’s passed, it’s even harder to find a product that does not fall within the rezoning and that can still fit the tenants needs. Special features like high ceiling heights or drive-in capability for these warehouses and buildings are all extremely tough to find now that most of these are essentially development sites.”

The New York City Council passed the Gowanus rezoning — almost unanimously — into law in November 2021 after nearly eight years of debate around the future of the Brooklyn enclave. Former Mayor Bill de Blasio approved the legislation as one of his last acts in office.

The city expects the rezoning to create up to 3,000 units of affordable housing, over 8,000 in total, within the 82-block area along Fourth Avenue, between Atlantic Avenue and 15th Street that was previously only zoned for industrial, low-rise residential buildings.

Brad Cohen and Allie Portera of CBRE represented GoodBuy in its lease.

“Since its founding in 2016, GoodBuy Gear has grown exponentially and they required a new location in New York City to meet customers’ demands,” Cohen said in a statement, “The space at 244 Butler will allow the company to provide quality used baby and kids’ products to area families and will utilize the space for its accessory retail office and pickup operations.”