Citadel Takes Six Floors at 830 Brickell for Temporary Miami Base 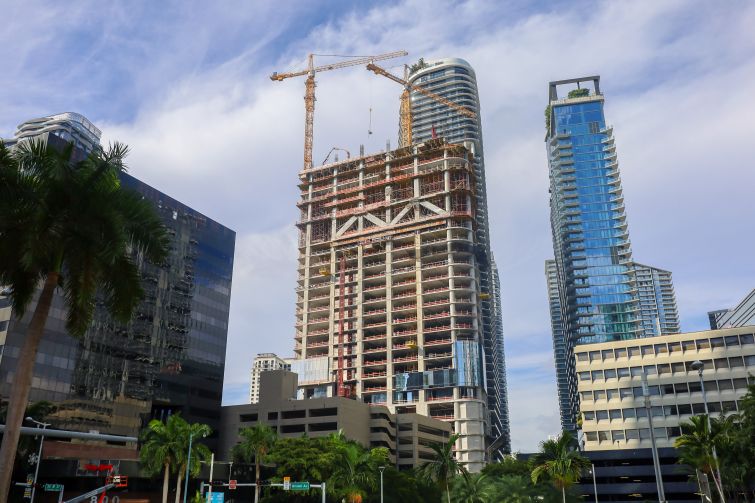 Ken Griffin’s Citadel continues its South Florida takeover, setting up a temporary base in 830 Brickell, Miami’s trophy office development, while the hedge fund builds its own headquarters.

The hedge fund inked a 90,000-square-foot lease, spanning six floors, at the 55-story office tower that Cain International and Oko Group are developing, which is slated to be completed later this year, Bloomberg reported.

The deal comes as Citadel is relocating its global headquarters from Chicago to Miami. The 830 Brickell lease is for about five years, said a source familiar with the deal. The office will function as a temporary base while Citadel develops its headquarters, which will take years to complete. A spokesperson for Citadel declined to comment.

For a permanent office, the financial company bought a parcel along Brickell Bay Drive for $363 million in April, marking Miami’s most expensive land trade. It has tapped Sterling Bay to develop the office tower.

Citadel also bought the nearby office tower, 1221 Brickell, for $286.5 million, which will likely also house staffers. The financial company is subleasing a floor at the Southeast Financial Center building from the Knight Foundation, which moved to the Related Group’s headquarters in Coconut Grove, per Bloomberg.

Up north in Palm Beach, Citadel is opening an office inside the former Neiman Marcus department store.

In all, the hedge fund as well as its sister company, market maker Citadel Securities, are looking to house hundreds of staffers, some of whom are moving from Chicago or will be hired in South Florida.

Citadel’s 830 Brickell lease is the development’s largest deal since WeWork abandoned plans to open a 10-floor location. Citadel first began negotiating for space at 830 Brickell early last year but backed out and began looking at other options, including the Related Group’s One Island Park development in Miami Beach.

Brokers representing the landlords — Cushman & Wakefield’s Brian Gale, Ryan Holtzman and Andrew Trench — raised the asking rents to as much as $150 a square foot, a new high in Miami’s office market.

“Citadel’s arrival at 830 Brickell reaffirms our long-held belief and strategic vision that best-in-class office buildings – and the companies and talent they attract – will continue to play an important role in the future of global hubs like Miami,” Jonathan Goldstein and Vlad Doronin, the chief executives of both Cain and  Oko, said in a joint statement.