The financial firm likely acquired its future office in April 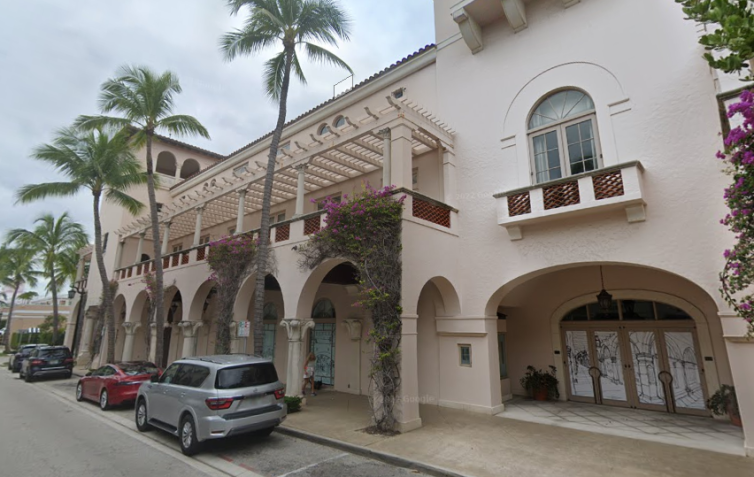 From locking down in the Four Seasons hotel to replacing a vacant Neiman Marcus, Citadel is returning to Palm Beach.

The financial giant plans to open an office inside the former Neiman Marcus department store on Worth Avenue, one of the country’s swankiest shopping streets, home to Chanel and Louis Vuitton stores.

The news, first reported by Bloomberg, comes as Citadel is moving its global headquarters from Chicago to Miami with plans to build an office tower in partnership with developer Sterling Bay.

And just like in Miami, it appears that Citadel may have purchased the Palm Beach building where it will house its office.

Citadel reportedly paid $363 million for a 2.5-acre site at 1201 Brickell Bay Drive where the firm is expected to build its headquarters, making it Miami’s most expensive land trade. Citadel also recently bought the office tower across the street for $287 million, which is expected to house employees during the development of the headquarters building.

Citadel founder and CEO Ken Griffin, who’s also a major Republican donor, has complained about Chicago’s crime rate and has feuded with Illinois’ Democratic Gov. J. B. Pritzker over left-leaning policies such as tax hikes on wealthy individuals.

Citadel went to great lengths to mask its involvement in the Miami acquisitions. The company was unmasked as the buyer of the April land sale only after announcing its relocation earlier this month.

In Palm Beach, Citadel once again appears to have bought its future office, at 151 Worth Avenue, having used similar tactics as in the Miami purchases. The 48,578-square-foot building sold for $78 million in April, after sitting vacant since 2020 when Neiman Marcus closed.

“We were told that the buyer intended to use the property as an office for a financial services company,” the seller, O’Connor Real Estate Advisors president Joel Bayer, told Commercial Observer. Bayer couldn’t be sure whether Citadel was behind the purchase since the buyer, who paid all cash, worked solely through a broker and used a shell company.

However, the address tied to the buyer of the Miami office building is the same as the one used for the Worth Avenue acquisition, public records show. Additionally, the network of entities used to purchase the properties share similar patterns, according to public documents. A spokesperson for Citadel declined to comment.

The top floors of the three-story building will hold offices, while the ground floor will house stores and restaurants above a 183-car underground parking garage. The sale also included a 1.2-acre vacant lot adjacent to the Worth Avenue building, facing Peruvian Avenue.

Palm Beach, an island town 70 miles north of Miami, is one of the wealthiest ZIP codes in the country, counting movie star Sylvester Stallone, Blackstone founder Stephen Schwarzman, and The Estée Lauder heirs as residents.

Among the uber-rich residents is Griffin, who’s worth an estimated $24.9 billion. Griffin, who also owns mansions in Miami Beach and Coral Gables, assembled an oceanfront parcel half a mile south of former President Trump’s Mar-a-Lago residence for at least $350 million. Earlier this month, Griffin secured design approvals to build a 28,564-square-foot estate.

Like Citadel, several new-to-market financial companies, such as Apollo Global Management, Millennium Management, and Point72 Asset Management, have inked office leases in the Palm Beach environs as well as in Miami.

For Citadel, the Worth Avenue office marks the return of the company to Palm Beach since the start of the pandemic. As the country was locking down in March 2020, it opened a trading floor at the oceanfront Four Seasons hotel in Palm Beach. The base remained open for a year, where some employees, as well as their families, lived for months without leaving the premises.