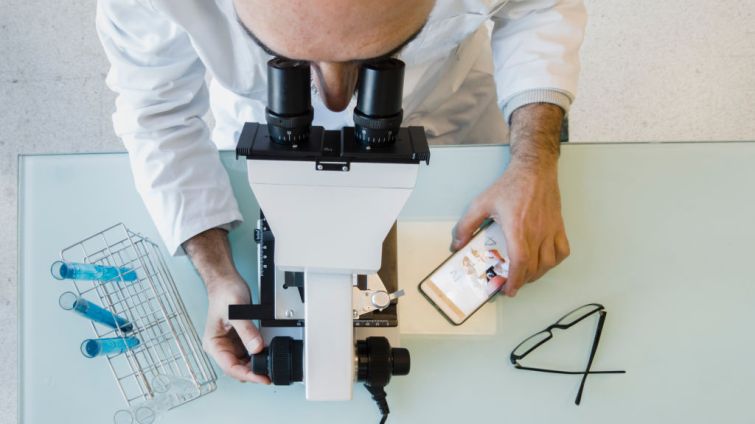 The average sale price for a life sciences lab space nationwide reached a record high of $564 per square foot in the first half of the year, even as overall sales cooled, according to a Newmark report.

The slowdown in property sales and VC funding could signal the life sciences market — where demand skyrocketed during the pandemic — is returning to pre-pandemic levels and could discourage newer firms from inking new deals, said Elizabeth Berthelette, Newmark’s research director.

“These companies may not be expanding as quickly [because] they’re looking to extend their cash runway to make it through these uncertain times,” said Berthelette.

The market also has to contend with a shaky financial climate that includes the rising cost of debt, thanks to the U.S. Federal Reserve’s decision to raise interest rates to the highest level since 2018, and a volatile stock market that could make recently public companies strapped for cash, according to the report. Both factors have shrunk venture capital’s appetite for new investments, making it harder for early-stage life sciences companies to get funding to lease space.

But the decline in venture capital funding and sales is not unique to the sector, said Berthelette. While commercial real estate investment overall has slowed, life sciences buildings have drawn investors wary of remote work’s impact on the office market since laboratory work usually can’t be done at home. Plus, the high costs of constructing life sciences properties have kept supply low and prices high, according to the report.

“Although we’re starting to see market conditions soften, the fundamentals are still very strong in most key life science markets,” Berthelette said. “[Our] optimism in the life science market is [because] it’s really come into its own over the last couple of years and grown into less of a niche product type.”

Berthelette added that most markets around the country are still seeing record high asking rents for life sciences space. Asking rents in New York City rose from between $65 and $110 square feet at the end of 2020 to between $85 and $130 per square foot in the middle of 2022, according to Newmark. Life sciences companies have bet big on the city, including Eikon Therapeutics, which took 25,000 square feet at Alexandria Real Estate Equities’ mixed-use facility at 430 East 29th Street for its East Coast headquarters last month.

New York City saw several other life sciences deals in the first half of 2022. The robot builder Opentrons nearly doubled its offices to 94,000 square feet at 45-18 Court Square in Long Island City, Queens in April and the Rensselaer Polytechnic Institute took 23,000 square feet of lab space at the Hudson Research Center in May. In New York, COVID-19 vaccine manufacturer Pfizer announced a $470 million investment in July for a new facility in Pearl River, N.Y., about 25 miles from its Manhattan headquarters.