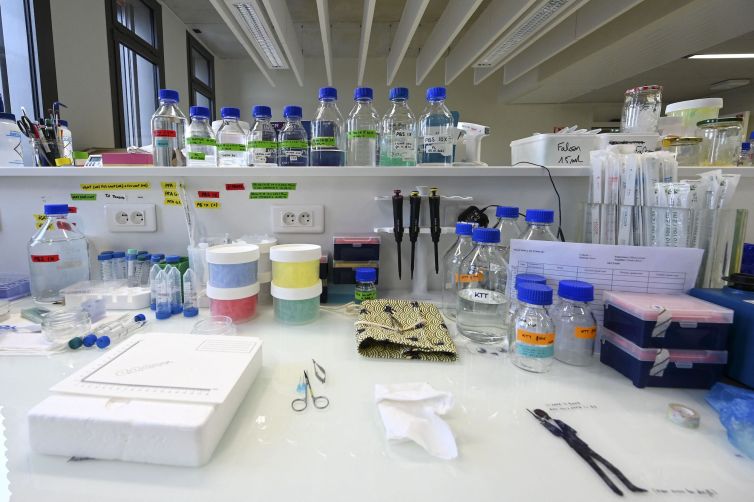 Demand for life sciences space in New York City reached a record high in 2021, with an annual total of 433,000 square feet leased, according to a report from CBRE.

The firm’s New York City life sciences market report shows that leasing activity in the sector was 67 percent higher last year than in 2020, as labs moved into the five boroughs to take advantage of a white coat-clad talent pool.

These organizations also came stuffed with cash as venture capital funding reached a record $1.4 billion that helped get labs off the ground and into some of the city’s 1.9 million square feet of available life sciences space. The availability rate for ready-to-rent lab space remained tight, at about 3 percent, in 2021.

“Demand has grown significantly the past several years and [venture capital] funding has reached record numbers,” CBRE’s Joe DeRosa said in a statement. “As a result, some of the country’s largest life sciences developers have recently made their initial foray into the local market.”

But, while labor pools in New York City outshine other parts of the country, CBRE says that a lack of life sciences space in other cities also contributed to the influx of organizations snapping up deals in the New York metro area.

The demand could likely increase further with the availability rate for lab-exclusive space falling 7.7 percent in 2021.

Venture capital money was not the only thing powering growth in this area.

The National Institutes of Health allocated nearly $2.8 billion to entities in the city in 2021 to help grow the life sciences market, an overall increase of 21 percent over 2020.

Nationally, investment in life sciences research and development facilities surged in 2021, reaching $21.4 billion, or 62 percent higher than the total from 2020, according to a similar report on this sector at a national level from CBRE.