Foot Traffic in NYC Office Buildings Rises in First Half of 2022: Report 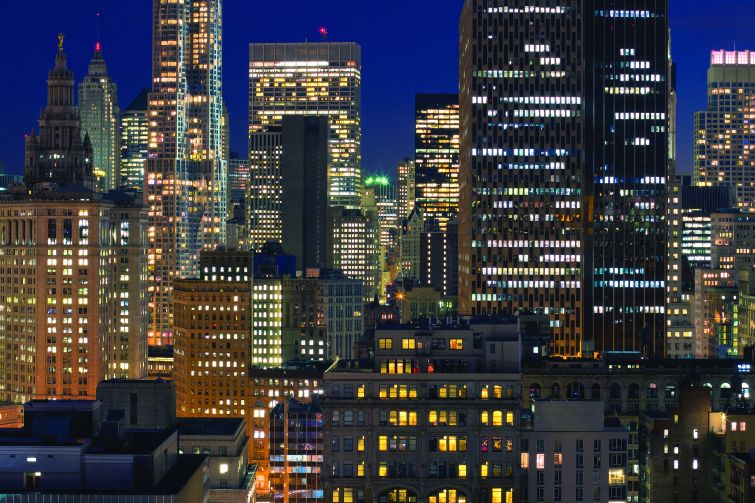 Foot traffic in New York City’s office buildings rose 76 percent in the first half of 2022 compared to the same period last year, but lagged behind pre-pandemic levels as companies rethink even having an office at all, according to a report from foot traffic data analytics firm Placer.ai.

Despite more workers resuming their daily commutes, foot traffic in New York City office buildings ended June 33.5 percent below June 2019 levels, according to the report. As low occupancy and concerns over a potential recession push companies to reconsider their footprints, it’s unclear if demand for office space will ever fully recover.

“Foot traffic to offices, while showing strong upward trajectories, may never look the way it did pre-pandemic, as attitudes toward coming in to work have shifted dramatically over the past few years,” according to the report.

The office market did see one reason for hope in June. Office occupancy reached more than 40 percent in New York City in the final four weeks of the month — a major milestone for the industry, which hadn’t seen occupancy exceed that level since before the pandemic began, according to data from Kastle Systems. But the Fourth of July knocked occupancy back down to 35.7 percent in the first week of the month, a 5.6 percent drop compared to the previous week, according to Kastle data.

New York City’s office market is facing even more headwinds this month, as new COVID-19 cases rise to levels not seen since the January omicron wave, which brought office occupancy down to 62 percent below January 2019 levels, according to Placer.ai. The city recorded more than 3,000 COVID-19 cases a day and reached a 15 percent positivity rate this week, driven largely by the BA.5 variant, which is more likely to reinfect those who have previously contracted the virus.

Changing perspectives about the office, however, might be more to blame for a slow recovery compared to the ongoing pandemic. Companies have begun to scrutinize their need for expensive office space as concerns mount over a recession, brought on in part by record-high interest rates. Just last month, Yelp announced it would close its outposts in New York, Chicago and Washington, D.C., and that the majority of its 4,400 employees would work from home.

Workers have a marked preference for flexible work schedules, and staffers back in the office full time are more anxious, stressed and dissatisfied than their hybrid counterparts, according to a recent survey.