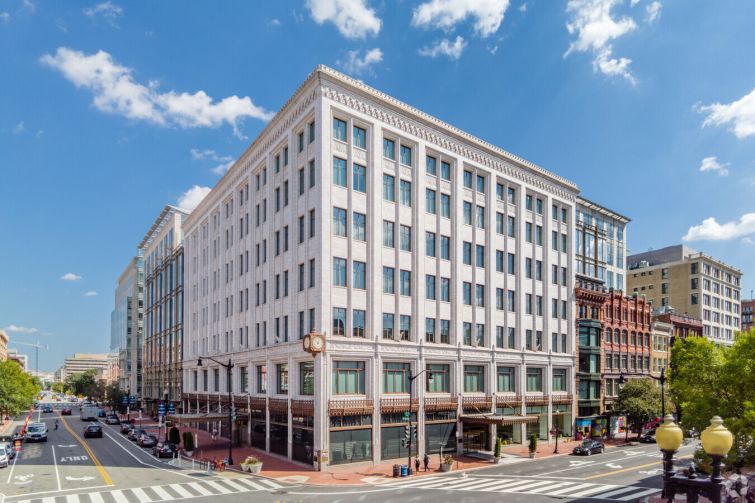 Yelp will be shuttering its office in Washington, D.C., as well as those in New York and Chicago on July 29, according to the company.

“Globally, about 1 percent of our workforce is choosing to come into the office every day,” Jeremy Stoppelman, Yelp’s chief executive officer, wrote in a blog post. “Combined, the three offices we’re closing saw a weekly average utilization of less than 2 percent of the available workspaces.”

Yelp originally inked a 52,000-square-foot lease at Terrell Place, located at 575 Seventh Street in the District’s Penn Quarter in 2017. The company noted at the time it was planning to hire approximately 500 sales and marketing employees for the office, at least half of them from D.C.

“The city’s burgeoning technology sector is a welcoming setting for Yelp as we focus on building the best technical products to connect people with great local businesses,” Stoppelman said at the time. “We are excited to build on the strong community of users we’ve established in D.C. by bringing additional jobs and business to the region.”

Beacon Capital Partners owns the 425,000-square-foot property but has been looking to sell for several years, according to multiple reports.

Yelp will keep its San Francisco headquarters open, as well as offices in London, Toronto and other cities, while downsizing in some cities, like in Phoenix, for instance. But the majority of its 4,400 employees will work remotely going forward.

“Yelp continues to experience the benefits of a remote workplace, and it’s the clear path forward for us,” Stoppelman said. “We’re excited to continue to design the future of remote work at Yelp together with our employees.”

The tech exec cited recent employee surveys that led him to the decision. Those surveys revealed that 86 percent of Yelp employees said they preferred to work from home most or all of the time, with 87 percent saying working from home made them more effective.

“Since Yelp reopened its offices nine months ago, giving employees the option to come in, only about 1 percent of workers have chosen to come in every day,” he said. “Over time we came to realize that the future of work at Yelp is remote. It’s best for our employees, and for our business.”

Yelp’s last quarterly report revealed that it had $177.8 million in lease obligations through 2031, though it’s somewhat offset by $41.3 million in subleases.

In Chicago, Yelp is marketing 133,000 square feet of office space in the Merchandise Mart building, which it has leased through July 2023. In New York, the tech company has roughly 200,000 square feet at SL Green’s 11 Madison Avenue and 70,000 square feet at L&L Holding Company’s 200 Fifth Avenue, both of which it’s been trying to sublease since 2021, The Real Deal reported.

Requests for comment from Beacon Capital were not immediately returned.