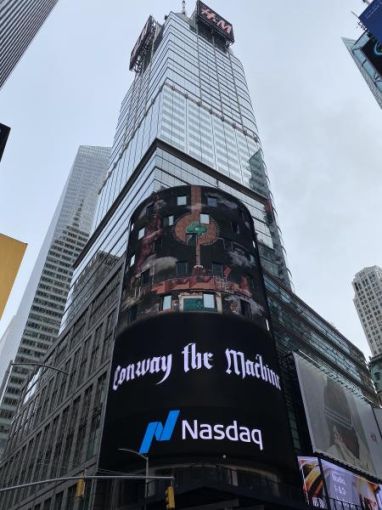 Chicago Trading Company (CTC) is trading up with a deal for a 68,339-square-foot office at the Durst Organization’s One Five One.

The trading firm’s 15-year deal fills the last two full floors that Skadden, Arps, Slate, Meagher & Flom abandoned when it left the tower at 151 West 42nd Street for Hudson Yards in 2019, the New York Post first reported. Asking rent was $110 per square foot, according to the landlord.

CTC will move from about 10,000 square feet at the Hippodrome Building to the 36th and 37th floors of the nearby 48-story One Five One starting at the end of the year, according to Rocco Romeo, who represented the landlord in-house with Tom Bow and Tanya Grimaldo.

The deal is a victory for the now 96 percent leased Midtown building, formerly known as 4 Times Square, which was nearly completely empty after Condé Nast ditched it for 1 World Trade Center in 2016, followed by Skadden’s departure three years later. Durst’s $150 million-plus renovations to the tower’s lobby, entrances, elevators and ventilation system — which allows for more densely packed offices — were some of the reasons CTC was drawn to the space, said Romeo.

“The quality of the building, the infrastructure that’s able to support their use, [and] certainly the amenities that we have in the building were very attractive to [CTC],” Romeo said.

CTC will join other notable tenants including TikTok — which took 232,000 square feet at the tower in 2020 for its New York headquarters — BMO Harris Bank, law firm Venable and Nasdaq.