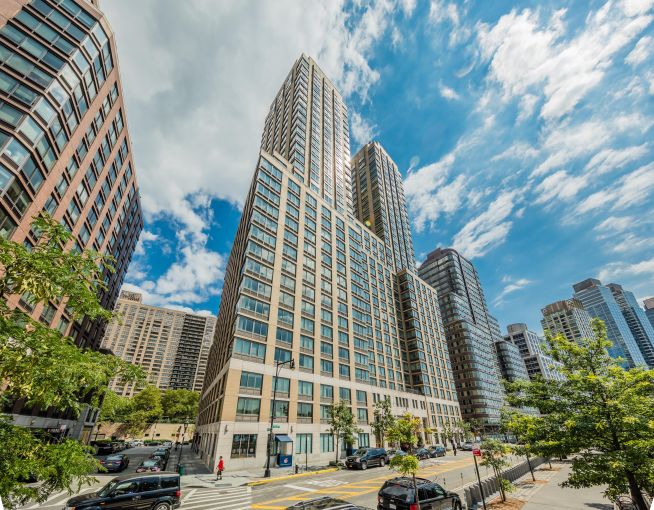 Well, there were rumors of a summer slowdown for the investment sales market, but some big, closed transactions are turning that notion firmly on its head.

Case in point, A&E Real Estate has snapped up 160 Riverside Boulevard on the Upper West Side for $415 million, Commercial Observer can first report.

“While most other investors adopted a guarded approach throughout the pandemic, A&E never wavered in our confidence in New York City’s multifamily sector,” Douglas Eisenberg, executive chairman of A&E Real Estate, told CO. “Our strategy has allowed us to significantly expand and diversify our New York City portfolio, especially in core Manhattan neighborhoods that have experienced significant rent growth over the course of the past year.”

Sam Zell’s Equity Residential was the seller of the 455-unit rental tower, while a CBRE team led by Darcy Stacom, chairman of New York City capital markets for CBRE, arranged the sale.

The Real Deal first reported a roughly $400 million deal was in the works for the asset last month.

The transaction is the second Riverside Boulevard multifamily building recently purchased by A&E, coming hot on the heels of its acquisition of the 354-unit sister property at 140 Riverside Boulevard in April for $266 million, also arranged by CBRE.

“Both 140 Riverside and now 160 Riverside offered A&E the unique opportunity to own two of the highest-quality apartment towers on the Upper West Side,” Ryan Silber, vice president of CBRE’s NYC Capital Markets team, who partnered with Stacom on the transaction, said.

Gary Barnett’s Extell Development previously owned both 140 Riverside and 160 Riverside, before selling them—together with 180 Riverside Boulevard— to Equity Residential for a combined $816 million in 2005.

A&E  hasn’t been sitting on its laurels when it comes to snapping up top multifamily properties around New York City of late. The firm also acquired an additional three prime Manhattan multifamily buildings from SL Green Realty Corp., including 400 East 57th Street for $134 million, and 1080 Amsterdam Avenue for $42.5 million, over the past couple of years.

Sources familiar with the trades said that A&E has been aggressively building out its multifamily portfolio via acquisitions from major players looking to re-balance their own portfolios.