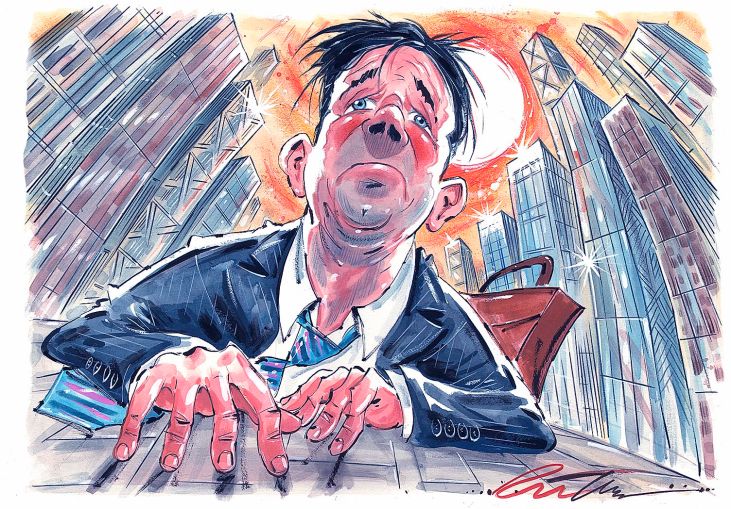 While there is plenty of fuel for future commercial real estate momentum with ample liquidity on the sidelines, investment sales activity appears to be headed for a summer cooldown as market participants grapple with elevated borrowing costs in a rising interest rate environment. Concerns about a looming recession only add to the industry’s uneasiness for the second half of 2022.

The Federal Reserve set the stage for commercial real estate transactions to largely grind to a halt in the coming months after raising its benchmark interest rate by 75 basis points on June 15 — the central bank’s first three-quarters of a percentage point hike since 1994 — to combat inflationary pressures. Fed Chairman Jerome Powell also laid the groundwork at the June meeting for interest rates to rise up to 3.4 percent by the end of the year from its current range of 1.5 percent to 1.75 percent, a stark contrast from previous economic estimates in March that the federal funds rate would hit 2.5 percent by the end of 2022.

“When the cost of capital changes so drastically, it usually causes a little bit of pause and indecision,” said Michael Gigliotti, co-head of brokerage firm JLL’s New York City office. “It’s very, very strange times we’re in now. Rates have been going up, and some people are starting to think that rents might be going flat or down, and are considering that as an underwriting consideration.”

Another factor causing a near-term slowdown in deal activity is widening credit spreads, which in the past have tightened when interest rates rise. Gigliotti noted that the dynamic has been different this time around largely due to global unrest stemming from tensions over Russia’s invasion of Ukraine coupled with fears of a possible recession.

Chris J. Coiley, Valley Bank’s head of commercial real estate for the New York and New Jersey markets, said his team is putting his loans through stressed underwriting scenarios aimed at identifying whether borrowers will succeed during difficult economic times, in terms of project-specific items like reserves and material costs. He said borrowers will have to adjust to the new interest rate reality by contributing more equity or utilize interest rate swaps.

“When you have a rise in interest rates you are going to have a slowdown in the sales market,” Coiley said. “There is going to be more due diligence for investors.”

Despite more challenging lending conditions, Coiley expects his firm to exceed last year’s volume of $2.8 billion after executing $1.8 billion in the first half of 2022, which he puts down to a continued strong appetite for multifamily deals and higher mortgage rates driving more renters to continue leasing apartments rather than buying homes. He stressed that while the higher interest rates create more challenges for sponsors, borrowing costs are still “fairly low” compared to where they were 10 to 15 years ago and will not price them out of doing business.

Will Nelson, director of real estate lending at Columbia Pacific Advisors, said that while CRE has seen “fundamentally sound underwriting” in recent years, the long period of low interest rates meant many borrowers got used to cheap capital with very little equity placements or alternative investments needed for their projects. Columbia is better positioned in a volatile market than other lenders, Nelson said, since it solely provides equity with no debt. That said, Nelson stressed he will also be more selective in the next few months and focus largely on industrial and multifamily deals.

Sponsorship remains key, and high-quality sponsors will continue to close transactions without too much strife, Nelson said.

“For quality sponsors and really good transactions there’s still capital,” Nelson said. “Some of the deals perhaps you shouldn’t have been able to get done you’ve been able to get done in the last 10 to 12 years, and I think those projects are going to be impacted, but you still have the option to execute. You just might not like the terms as much.”

The current market conditions make it even more imperative that real estate investment firms diversify the sources and locations of their transactions, according to Bentley Zhao, CEO of New Empire Corp. Zhao noted that New Empire’s current portfolio of properties in New York City consists of between 30 to 40 percent all-cash buyers, which has incentivized it to build more luxury properties “in areas primed for growth to attract investors that are likely to provide the capital necessary in cash,” he said.

New Empire, which has renovated and built over 100 multifamily projects throughout New York City, recently acquired three Queens properties, including a 19,000-square-foot development site at 58-01 Queens Boulevard in Woodside for $16.2 million in late June. Zhao, who has worked with a long-standing equity partner on many deals, stressed that building this type of relationship will play an important role amid the current market conditions as will the revitalized EB-5 investment program, which allows investors to obtain green cards in exchange for financing real estate projects.

“Depending on the size of the project, the capital necessary may be reliant on long-term relationships and more individualized investors,” Zhao said. “We expect to see EB-5 as an alternative source of capital as existing regional centers can now operate and accept new EB-5 investors.”

Zhao added that the EB-5 program will play a large role in helping bring foreign investment back to pre-pandemic levels with investment sales in the New York area, which could help offset some of the current economic barriers facing market participants. The program returned in May following nine months of limbo after both its congressional authorization expired and a federal court invalidated its latest rules. Changes to the program include mechanisms designed to better deter fraudulent schemes and improve national security protections on inbound capital.

Despite some of the market headwinds facing CRE at the moment, observers also feel plenty of tailwinds given all the dry powder on the sidelines that could offset some of the inflationary fears. Gigliotti noted that there is $248 billion of capital in closed-end funds that will need to be deployed in the next year. There is also the strong possibility of the world’s top three sovereign wealth funds in Japan and Norway, which currently allocate only 1.6 percent of their holdings on average toward real estate, increasing their investment in the sector, according to Gigliotti. Individual high net worth investors are also very underweighted toward CRE, he added.

“It’s liquidity that drives transactions, not the cost of capital, and we have more liquidity than ever before,” Gigliotti said. “Unlike in 2010 when liquidity dried up, these groups had an option of not investing in real estate because it wasn’t a recognized asset class. That is no longer the case.”