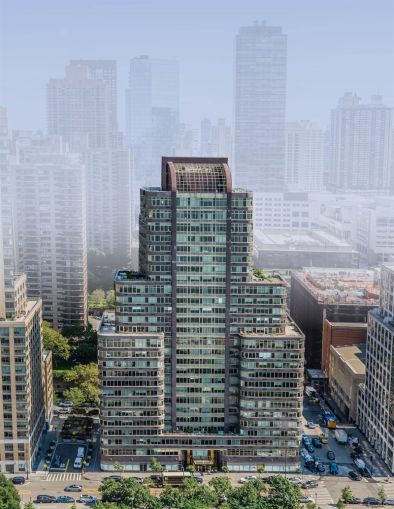 A&E Residential bought the 354-unit building at 140 Riverside Boulevard from Equity, Bloomberg first reported. As part of its purchase, A&E plans to renovate older apartments in the property, update the lobby and resident lounges, expand the fitness center and “reimagine” the courtyard, according to a source with knowledge of the deal.

“We are big believers in New York City and have been steadfast in that conviction over the past two years,” Douglas Eisenberg, co-founder and executive chairman of A&E, said in a statement. “That belief has allowed us to secure some quality multifamily buildings at attractive valuations while many capital providers remained on the sidelines.”

Alec Brackenridge, the chief investment officer for Equity, said in a statement that it sold the property as part of its strategy of “lightening our exposure to certain of our urban coastal markets” and got a “price that demonstrated the strong investor interest to own apartment properties in New York.”

After Trump won the 2016 presidential letters, a group of tenants throughout the three buildings started a petition to remove his name from the luxury towers. Equity Residential eventually did but told the Times it had nothing to do with the election, just that the contract to use Trump’s name expired.

“One-forty Riverside Boulevard is a stand-out in the New York market, situated both waterfront and park-front with direct access to the Hudson River Park system,” Stacom said in a statement. “The property has been meticulously maintained and is truly excellent real estate — as this transaction validates.”