The Great SPAC Attack in Proptech Retreats. Now What?

‘The public markets are saying the party’s over, the parents got home.’ 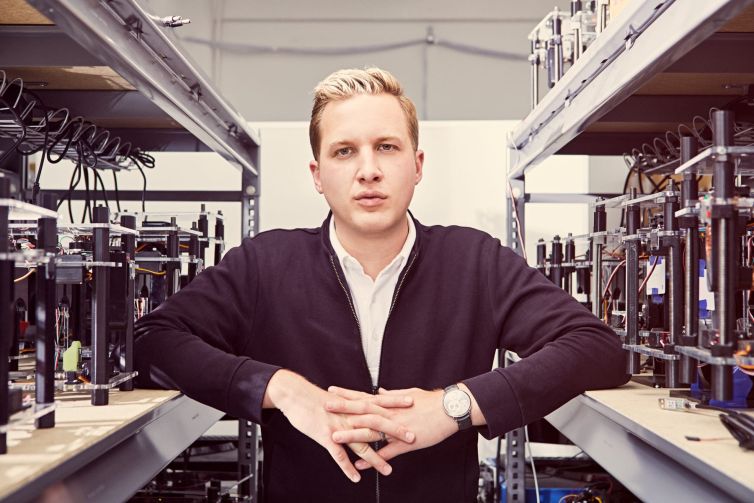 For Latch, a leading proptech company with sought-after smart-lock solutions, it seemed like things had truly clicked.

This time last year, the startup boasted a $1.5 billion valuation after going public through a special purpose acquisition company, or SPAC. A means of raising capital that bypasses a traditional IPO process — a so-called “blank check” company raises money for the sole purpose of merging with a private firm to be named later — this SPAC was sponsored by Tishman Speyer, a well-capitalized partner and customer. The digital locksmith now had dollars at its disposal during a massive multifamily boom.

A year later, operations are much less secure. Despite the infusion of $453 million from the SPAC merger, the firm has constantly run losses, and saw its share price drop 76 percent since it first went public. When buildings planning to incorporate Latch smart locks get delayed, by supply chain issues or otherwise, it also delays revenue for the proptech firm.

After an executive shake-up in April that included the departure of its chief financial officer, and despite an upbeat earnings call in early May where CEO and co-founder Luke Schoenfelder argued that “significant operational improvements” meant he was “anticipating strong continued growth in 2022,” Latch cut 28 percent of its staff in mid-May.

What happened to Latch parallels the overall market, said Casey Berman, founder and managing partner at Camber Creek, a Washington, D.C.-based venture capital firm focused on proptech and real estate, and an investor in Latch after getting pitched by the nascent firm in 2014.

After a record-setting first quarter this year that saw $4 billion invested in proptech, according to a report from ​​investment bank Keefe, Bruyette & Woods, activity has cooled and the market has fallen, hitting proptech SPACs particularly hard, including OpenDoor and SmartRent, which both saw their share prices drop. Fifth Wall, the proptech-focused VC firm, canceled two planned SPACs early this spring, and proposed federal disclosure rules governing SPACs only made the situation worse, and banks more jittery.

“The overall market is more volatile than it’s been for some time and companies overall are more cautious,” said Berman. “Whether it’s SPACs, taking a company public or raising money through private financing, generally, companies are being more cautious and prioritizing cash. There’s uncertainty around how long this volatility will last, so people are choosing the more prudent option.”

Such unsettledness will also lead to turnover in the proptech sector at large, according to analysts.

“There was a rush to liquidity, a handful of people made it sexy, and some companies went public that shouldn’t have gone public, because their balance sheet couldn’t support it, especially in today’s volatile market,” said Ash Zandieh, chairman of the Center for Real Estate Technology & Innovation, a think tank and venture network. “Some companies aren’t going to survive — quite honestly, those with lots of fanfare and press attention — and it won’t be the first time it happens.”

As recently as last year, SPACs and proptech seemed like an excellent fit. These blank check companies had already ridden a wave of interest during the pandemic, with 59 such transactions across industries in 2019, 248 in 2020, and 613 in 2021. As an analysis from investment firm Adams Street pointed out, the increased capital needs, complications and low levels of digitalization in real estate made promising proptech firms especially hungry for fast capital for expansion.

An environment with abundant capital looking for a home, low rates and growing exuberance over the potential for proptech made SPACs much more attractive. A number of proptech firms followed suit in 2021 and early 2022, including WeWork, Better, Sonder and Offerpad. PricewaterhouseCoopers called it a “continued SPAC attack.”

But because SPACs allow startups to bypass the traditional regulatory requirements and scrutiny of public IPOs, they often seem gimmicky and, at worst, risky ways to invest in emerging firms and technology. Today, the thought of rapid-fire SPACs already seems like a news item from a different era; blank check companies have stopped cold in recent months, and no SPACs came to market in the last week of May.

Blaming SPACs for the woes of growth-focused firms, however, ignores the larger funding and market environment, according to Clelia Warburg Peters, managing partner of Era Ventures, a VC firm focused on the built environment (she also sits on the board of Shelter, a proptech SPAC). In addition to inflation and rate fears, and other uncertainty, signs of a downturn in the housing market have put additional pressure on the performance and valuations of proptech firms focused on the residential market. Peters calls it an almost “irrational” fear, considering the market just exited a period of extreme activity.

“SPACs aren’t performing completely out of alignment with other publicly traded companies, particularly those highly valued in the private market,” Peters said. “The public markets are saying the party’s over, the parents got home. It’s a return to some fundamentals around how companies are expected to perform.”

So far this year, there have been just 67 SPACs in general, on pace for roughly a quarter of the number of such deals from last year. But IPO activity has dropped even more precipitously, from 968 to just 87 through June — which, if extrapolated out for the year, would equal just 21.5 percent of 2021’s extreme pace.

SPACs were a particularly good fit for proptech in the last few years when, as Peters puts it, there was a lot more demand than there was supply for investing in proptech firms. There was an unusual number of people on the real estate sponsor side interested in the arbitrage that SPACs provided, she said.

She believes Latch could have found other late-stage funding options, but being on the public market and being associated with Tishman presented an opportunity for acceleration (it can be challenging to find private market funding when firms hit certain valuations, especially in today’s environments). Fifth Wall did a similar thing with a SPAC for SmartRent, which creates automation tools and software for owners and tenants. And being on the public market also presents other opportunities for nonventure-style funding, such as tapping the debt markets, which may have been a big attraction for OpenDoor.

“I would argue the SPAC market isn’t any different than the regular market, and the market today is going through a challenging time,” Berman said. He argues that this current downturn may be good in the long term, as the challenging funding environment of today could lead to consolidation.

“For too long, there’s been a lot of bad companies that have gotten easy money, and been a distraction to the progression of the real estate industry,” he added. “They don’t need a million options, they need one really good option, and this is potentially a forcing mechanism, and will make the industry stronger.”

For Peters, one of the real questions about this downturn is what comes next. Will what she says is an overcorrection right now find a more stable, middle ground from the exuberance of recent years? She sees the funding market evolving, and not snapping back to the way it was; crossover funds will continue to be more involved; and firms will continue to do more direct listings. What’s unclear is how SPACs will be seen by investors and whether the blank check route will remain a valid, flexible alternative for later-stage growth companies.

“Will they remain an interesting alternative, or has this period sullied the reputation of the SPACs due to the cash grab around it?” she said. “Will there be a stench around it, and a reputational issue that founders and companies will avoid?”

Latch claims it’ll see increased software revenue this year, the pipeline of new installs and service fees is sizable and growing, and it’s positioned for sustainable growth after the reorganization. Also, it still counts big names like Brookfield Properties, UPS and AvalonBay Communities as clients. Schoenfelder and others see the firm as a great long-term bet, regardless of how that particular bet was placed.

“Latch still has an amazing product, and continues to innovate on their product,” Berman said. “We view that as a core part of their long-term success.”