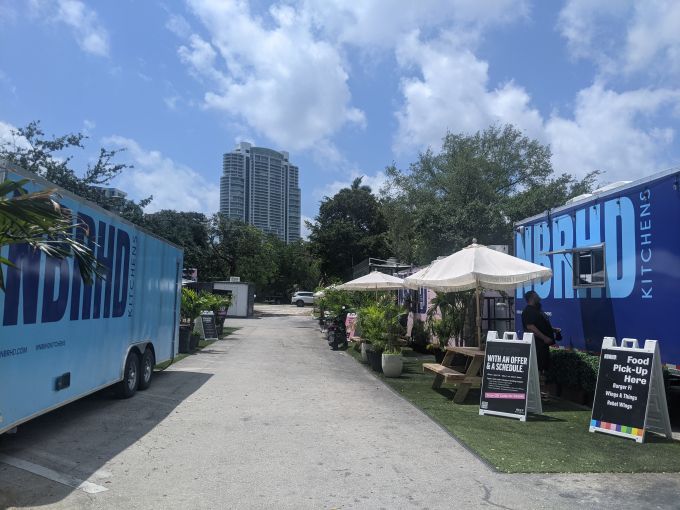 Reef Technology, a SoftBank Group-backed parking company that has expanded into ghost kitchens, is laying off 750 employees, about 5 percent of its global workforce.

The layoffs will affect corporate and field workers across all departments except the parking division, according to a Reef spokesperson.

“It is with a heavy heart that we are parting ways with about 5 percent of our global workforce,” Reef co-founder and CEO Ari Ojalvo wrote in a memo shared with employees on Friday and obtained by Commercial Observer. Those who will be affected will receive further details, Ojalvo wrote.

Just a few years ago, the Miami-based Reef was expanding rapidly. The company started as ParkJockey a decade ago, managing parking structures across the United States, but expanded into several verticals, most prominently ghost kitchens. The pivot was due to Ojalvo’s belief that parking lots were an untapped form of urban infrastructure that could be used to meet the needs of a 21st-century city, such as container kitchens, micro-delivery centers and air taxi landing strips.

In 2020, Reef raised $1 billion, the majority of which was a $700 million funding round that included SoftBank. The other $300 million came from a partnership with Oaktree Capital Management to expand its real estate holdings. Until that point, REEF leased the majority of the lots and structures it managed.

Reef had big ambitions, planning to hire 1,000 employees in Miami and expand to additional cities. It had also signed deals with Wendy’s, C3 and mall owner Brookfield Properties to expand its kitchen business, and partnered with at least two of the four flying taxi companies that plan to debut in Miami sometime this decade.

Reef still has big ambitions, but it plans to refocus.

The layoffs are due to the current state of the economy, Ojalvo wrote.

“More precisely, the sectors in which we operate have seen severe disruptions and significant layoffs,” he wrote.