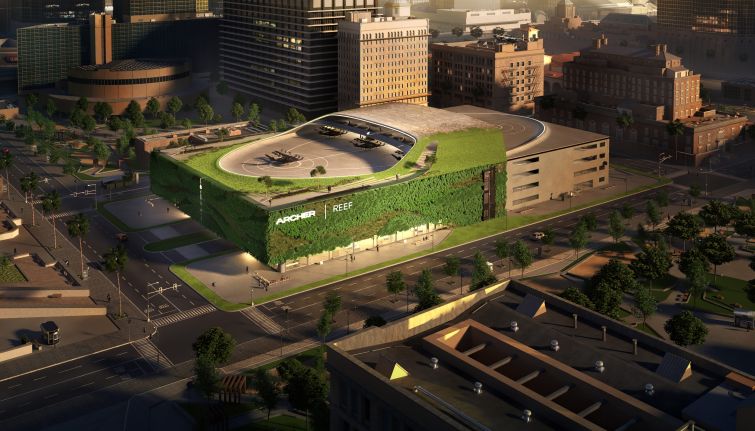 Parking operator REEF Technology has partnered with startup Archer Aviation to bring air taxis to Miami and Los Angeles by 2024.

Archer will use REEF’s network of urban parking garages as takeoff and landing strips for Archer’s proposed electric aircrafts, the companies announced on Tuesday.

REEF is also already in the air mobility game. The parking operator partnered with Archer rival Joby Aviation earlier this summer, also with the stated goal of bringing air taxis to Miami by 2024.

Both Joby and Archer took advantage of the SPAC craze that saw billions of dollars directed primarily at startups tackling the future of mobility, such as electronic and automatic vehicles, both earthbound and airborne.

While both companies announced their mergers in February, Archer has had a rougher go of it. Joby completed its SPAC merger earlier this month, debuting on the New York Stock Exchange with a $6.6 billion valuation. Archer on the other hand, had its valuation cut from $2.7 billion to $1.7 billion in late July, though the merger is still on track.

Though Miami-based REEF is primarily a parking operator, the company is rethinking how parking assets, often located in key urban areas, can best be used. REEF also operates ghost kitchens on its lots, and recently announced a partnership with fast-food chain Wendy’s, which plans to open 700 delivery-only kitchens in its network.

The company, which raised $700 million in 2020, also announced recently that it would hire an additional 1,000 employees in Miami over the next several years as part of a jobs initiative it plans to roll out in multiple cities nationwide.

Archer and REEF did not immediately reply to requests for comment.