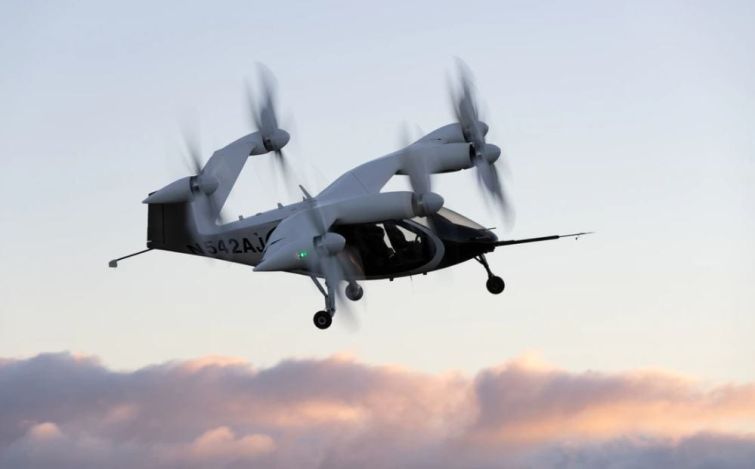 Here’s a gut check for every frustrated commuter who gripes about gridlock in South Florida: Would you be willing to board an “aerial rideshare” to soar above the congestion?

Joby Aviation, a California company building a fleet of mini-helicopters, and REEF Technology, the Miami-based operator of parking garages, this week announced a partnership aimed at opening a new frontier in mobility.

Joby Aviation will provide the aircraft, while REEF Technology will supply the takeoff and landing spots: the top level of parking garages. The companies said they plan to begin service in four metro areas — Miami, New York, Los Angeles and San Francisco — in 2024.

“This is a landmark deal on Joby’s path to building a transformational ridesharing service in our skies,” JoeBen Bevirt, Joby Aviation’s founder and chief executive, said in a statement. “Parking structures are ideal locations for us as they allow us to deliver our customers as close to their destination as possible, while minimizing any local impact and reducing the need for building new infrastructure.”

Joby Aviation, which bought the air-taxi division of rideshare giant Uber, said parking garages make an ideal location for its “skyports.” The garages are served by traditional rideshare services, and the concrete structures can handle Joby Aviation’s lightweight helicopters without structural modifications.

Joby says its electric air taxis will hold a pilot and four passengers, and will travel at speeds of up to 200 mph.

Joby and REEF are both flush with cash. Joby announced in February that it entered into a merger agreement with Reinvent Technology Partners, a special purpose acquisition company (SPAC), eyeing a listing on the New York Stock Exchange; that transaction will provide Joby with some $1.6 billion.

REEF, for its part, recently raised $700 million from SoftBank and others, and entered a $300 million partnership with Oaktree Capital Management to acquire more properties. The company owns 5,000 locations throughout the states.

Amid concerns that parking garages might become obsolete in an age of self-driving cars, REEF pitches itself as more than just a parking operator — the company also runs ghost kitchens.

There’s no shortage of companies vying for pole position in the air-taxi market. Archer, another California-based company, hopes to begin offering service in Miami in 2024. And Lilium of Germany announced plans to begin aerial rideshares in Florida in 2025.

The air-taxi players are far from the only companies to see a business opportunity in traffic jams. Brightline, the private rail service, markets itself as an alternative to a white-knuckle ride on Interstate 95. However, Brightline has yet to resume service after suspending its trips in March 2020 at the onset of the COVID pandemic.