Brookfield Bets on Ghost Kitchens to Help Save Malls 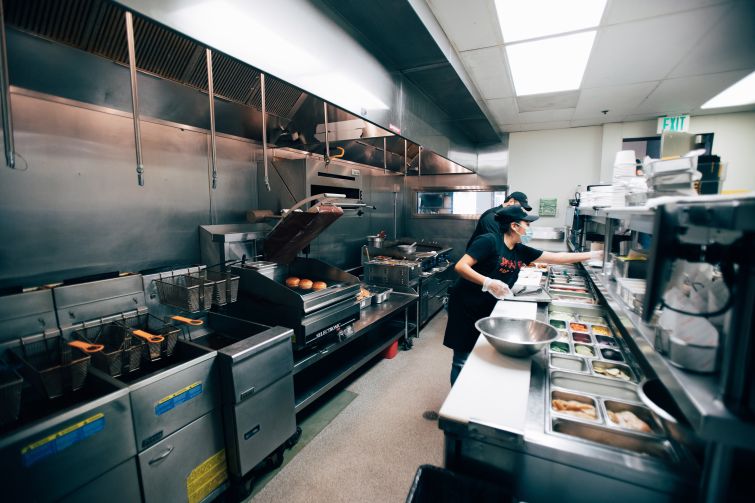 In an effort to revitalize its shopping malls as the pandemic subsides, Brookfield Asset Management co-led an $80 million funding round for ghost kitchen company Creating Culinary Communities.

Led by Miami developer Sam Nazarian, the food company, commonly known as C3, operates more than 40 restaurant brands, such as Umami Burger and Krispy Rice. Most of C3’s brands have no dining rooms and employ underutilized kitchens to prepare orders, which delivery drivers bring to customers. As of February, C3 operates 250 ghost kitchens across the U.S., according to the company.

The funding will go toward C3’s brick-and-mortar expansion of its Citizens food halls. By year’s end, the company will lease 1,000 locations across the country — mostly at Accor hotels, as well as Brookfield and Simon Property Group malls, all of which are C3 investors.

“Ultimately, consumers need to be able to ‘touch’ a digital concept for it to last,” Kevin McCrain, a managing director in Brookfield’s real estate group, said in prepared remarks.

To boost profits and efficiency, the food halls will not only serve restaurants with kiosks where customers can order, but also as many as 10 delivery-only establishments, Nazarian told The Wall Street Journal.

Separately, the restaurant company will launch operations at 500 kitchens across the U.S. owned by REEF Technology, which co-led the funding round, a C3 spokesperson told Commercial Observer. REEF leases out parking lots in urban areas for alternative uses, such as ghost kitchens and stations for delivery order pickups.

Other investors in the funding round were Egon Durban and Greg Mondre, co-CEOs of Silver Lake, as well as Dean Adler, co-founder of real estate investment firm Lubert-Adler Partners.