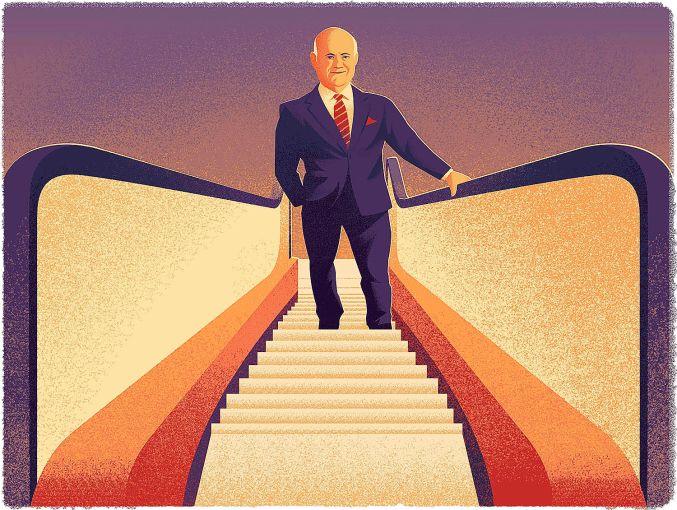 For better or worse, if your company is named SL Green, or Brookfield, or RXR, it’s nearly impossible to imagine your command of the market ebbing to the point where the Commercial Observer editors banish you from that top tier. Unless something goes seriously awry (and, yeah, that kind of thing has happened in the last couple of years, given the state of world affairs) these are the companies that have the capital, the reputation and the prowess to always be homing in on the next big thing.

And yet, as CO looks at the market every year and what the attendant stories are, we make a conscious effort to elevate at least one person or company into the top 10.

In 2022 we’re giving the nod to an unprecedented three.

Last year, Hamid Moghadam, the CEO of Prologis, stood at a towering No. 18 on Power 100. But, as the country’s largest industrial landlord, Prologis’ power isn’t diminishing anytime soon. Quite the contrary. To wit, just this week (long after Moghadam’s position on Power 100 had been decided) Prologis made an offer to buy Duke Realty for almost $24 billion. A $24 billion real estate deal would be enough to raise anyone into the top tier. (Even if Duke decided it wasn’t enough.)

Prologis wasn’t the largest jump on Power 100 (that would have to go to Linda Foggie, who rose 34 spots since taking over Citibank’s gargantuan real estate portfolio) but it was perhaps the most significant.

A newcomer was the second name to break into the top 10; we are referring, of course, to Gov. Kathy Hochul. It’s certainly not that uncommon to see a political figure like Hochul high up on Power 100. Back in 2020, Andrew Cuomo even secured the No. 1 spot (a decision that might not look so great in retrospect). But with the fate of so much real estate and development in her hands — from the redesign of the Penn Station project, to the “Interborough Express,” to a successor to 421a — it would be impossible not to stand humbled before Hochul’s immense powers.

Finally, it might not have been the largest number of spots, but we felt it was important to recognize L&L’s David Levinson and Rob Lapidus in the top 10; for the moment let’s put aside L&L projects such as Terminal Warehouse, and its new Wynwood Plaza in Miami, and its premium New York holdings like 195 Broadway and 425 Park Avenue.

They raised a 14 million-pound Broadway theater 30 feet in the air! (We’re talking, of course, about TSX Broadway, aka the Palace Theatre.)