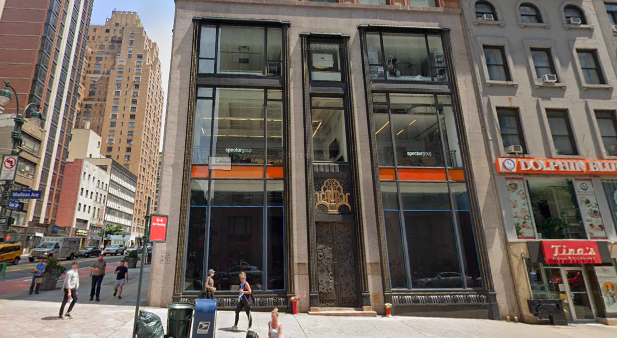 The brand plans to leave its flagship location at 151 Wooster Street behind for the former Midtown location of Domus Design Center, which recently relocated to 134 Madison Avenue, according to the New York Post, which first reported the deal.

Andrew Kahn, Chris Stanton, Fanny Fan and Jack Pfalzgraf of Cushman & Wakefield represented both the landlord, APF Properties, and the tenant in the deal.

C&W declined to provide terms of the deal, but said that corner locations in NoMad range from $175 to $250 per square foot. APF did not immediately respond to a request for comment.

The 275,496-square-foot, mixed-use building at 181 Madison features both office and retail space, as well as 169 feet of wraparound frontage and 17-foot ceiling heights.

The landmarked, 19-story Art Deco building was previously owned by Tishman Speyer and The Cogswell-Lee Development Group — which purchased it in 2014 for $185 million — before APF picked it up.

Founded in 1912, Poltrona Frau has been headquartered in Tolentino, Italy, since the 1960s. While known for its distinctive handmade designs, it is possibly best known for making custom luxury seating for yachts, cars and airplanes.

It also designs seating for theaters, auditoriums and high-end showrooms.

Having been featured in locations such as Zaha Hadid Studio, Foster & Partners and David Chipperfield Architects, Poltrona Frau became a part of Haworth’s portfolio of brands in 2014, according to C&W.